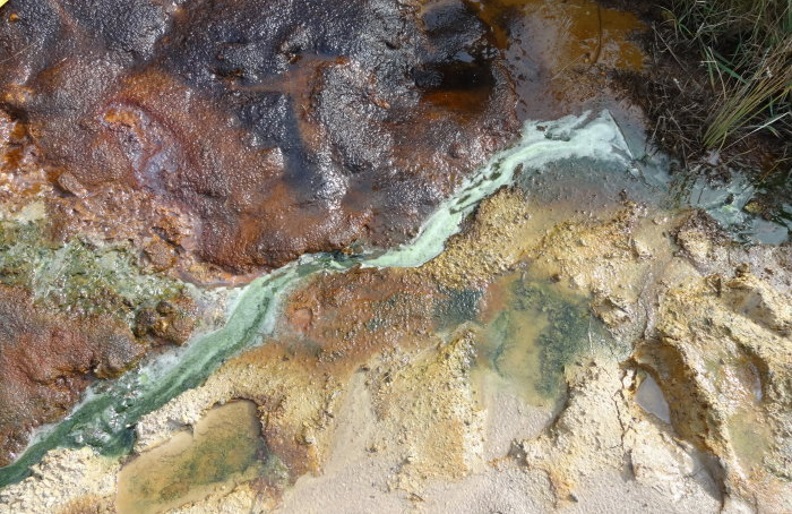 Science
David HarrisJune 20, 20180
Share2
Tweet
Share
Pin
Share
2 Shares
A little stream in the south of England could guide the way towards finding evidence for ancient life on Mars, in the form of fatty acids preserved in an iron-rich mineral called goethite.

Researchers from Imperial College London ventured to the county of Dorset on the UK’s south-coast to sample an acidic stream running into St Oswald’s Bay, which is close to the famous Durdle Door limestone rock formation. The acidity of the stream, which has a pH of 3.5, is believed to be similar to water that flowed on early Mars during its Hesperian epoch over three billion years ago.

The stream flows over sandstone beds dating back to the Cretaceous period. During that distant era, forest fires deposited charcoal into the sands. Bacteria were able to live on the charcoal, using sulfate to decompose it and produce the iron-sulfide mineral known as pyrite, or ‘fool’s gold’. Fast forward to the present day and the water in the stream is oxidizingthe pyrite, producing a weak sulfuric acid that gives the water its pH, while a variety of iron-sulfate minerals precipitate out onto the stream bed, including a mineral called jarosite.

Jarosite excels at trapping organic matter, particularly acids, which are among the most common type of organic compound produced by life. Over time, the water turns jarosite into another mineral called goethite. In dry conditions, such as on Mars, goethite dehydrates into yet another iron-rich mineral called hematite, which is what gives Mars its rust-red color. Jarosite, goethite and hematite have all previously been discovered on Mars in substantial quantities.

The Imperial College researchers – Jonathan Tan, James Lewis and Mark Sephton – found that the goethite in the stream contained an abundance of well-preserved fatty acids. Based on that abundance, and assuming that ancient Mars hosted a microbial biomass similar to that found in the Dorset stream, the researchers estimate that there could be at least 28.6 billion kilograms of fatty acids locked up in iron-rich rocks on the red planet.

The significance of finding fatty acids made of long chains of carbon atoms on Mars should not be understated for they would be an unambiguous biomarker, says Sephton, who is a Professor of Organic Geochemistry and Head of Imperial’s Department of Earth Science and Engineering.

“If you just throw carbon atoms together in a non-biological fashion, then there are 50,000 other possible isomers that the carbon atoms could form before they get to a chain of 18 carbon atoms,” he tells Astrobiology Magazine. “The presence of an 18-carbon-atom fatty acid is almost certain to have been produced by biological processes.”

The trick is finding Martian fatty acids, if they exist. The Sample Analysis at Mars (SAM) instrument suite on NASA’s Curiosity rover works by baking samples of dirt and rock to evaporate organic molecules to make them easier for the on board Gas Chromatograph Mass Spectrometer (GCMS) to detect. SAM also carries nine sealed ‘wet chemistry’ cups, each filled with a mix of chemicals. When samples are mixed with these chemicals and heated to up to 900 degrees Celsius, the chemicals can transform any organic molecules present into more volatile products that are easier for the GCMS to analyze. Two of the cups are filled with tetramethylammonium hydroxide (TMAH) and methanol, with which fatty acids could be detected. Neither of the two cups has yet been used.

“We only get two attempts at the experiment,” says Jennifer Eigenbrode of NASA’s Goddard Space Flight Center, who led the science team in the recent discovery of organic molecules on Mars. “The team is considering all options, including a clay-rich layer adjacent to Vera Rubin Ridge, which has been a key target for analysis since the start of the mission.”

While Eigenbrode reminds us that their origin remains uncertain, the presence of organic molecules on Mars bodes well for the possibility of ancient life on Mars. However, Sephton thinks that the iron-rich goethite samples are additional options to the clay-rich material. In 2008 NASA’s Phoenix lander discovered that Mars’ surface is covered by certain minerals that release oxygen when heated, and that oxygen combines with the organic compounds and destroys them. Jarosite is one of those minerals, but goethite is not. This means that if any ancient life on Mars left behind fatty acids that became encapsulated in jarosite that turned into goethite, then they those fatty acids should still be detectable.

Sephton says that taking the right sample is crucial. “You can have the best instrument, the best technique, but if you’ve got the wrong sample, you won’t find any fatty acids,” he tells Astrobiology Magazine. “The work we’ve done in Dorset is to try and provide the information that will allow the best choice of sample on Mars.”

The findings also show that expensive and time-consuming field trips to exotic locations such as Chile’s Atacama Desert, Antarcticaor the Rio Tinto river basin in Spain are not always necessary to find Mars analogs. The stream studied by the Imperial College team is just a meter across.

“There’s neutral pH conditions on the edge of the stream and very acidic conditions in the center, and as geochemists this gives us wonderful opportunities to track the onset and disappearance of these conditions,” says Sephton. “If you understand the detailed chemistry, then these micro-analog sites can give you more than the big kilometer-sized analog sites.”

In the coming years, Curiosity will be joined by NASA’s Mars 2020 rover and the joint European–Russian ExoMars rover, both of which will be equipped with on board laboratories that could detect fatty acids or other organic compounds that could prove that Mars was once inhabited.

“Mars is full of surprises,” says Eigenbrode. “You never know what we will come across next.” 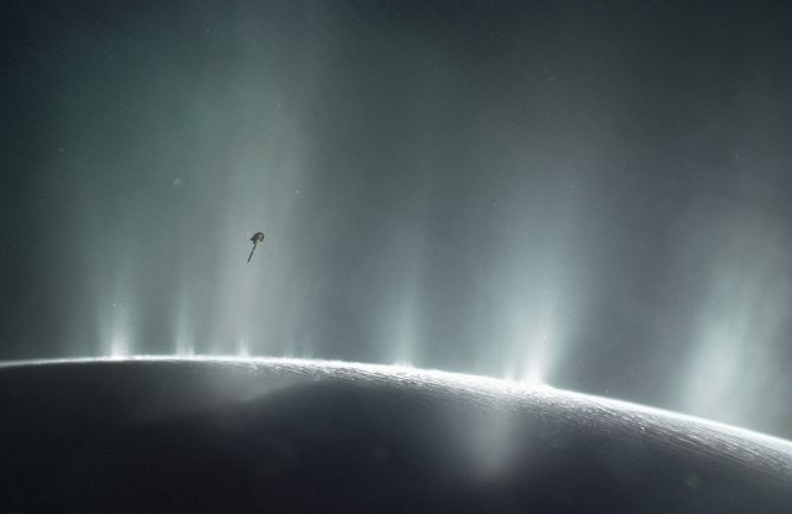 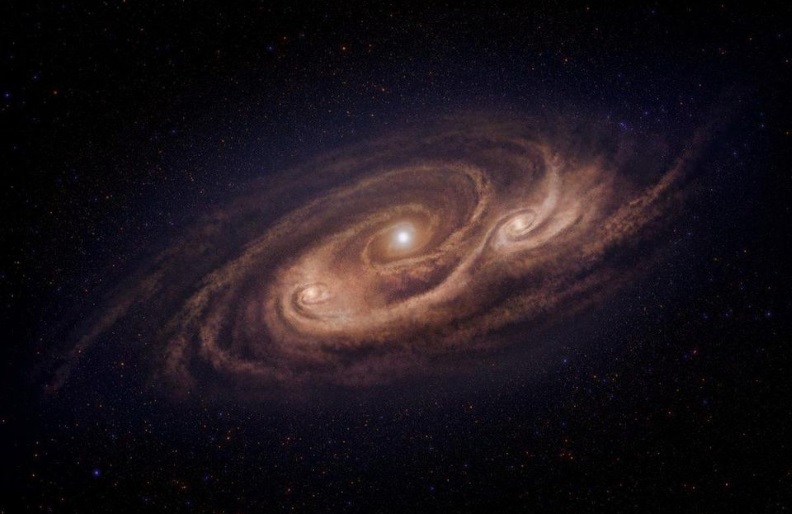 Astronomers Capture the Sharpest Image yet of a Monster Galaxy 12.4 Billion Light Years Away 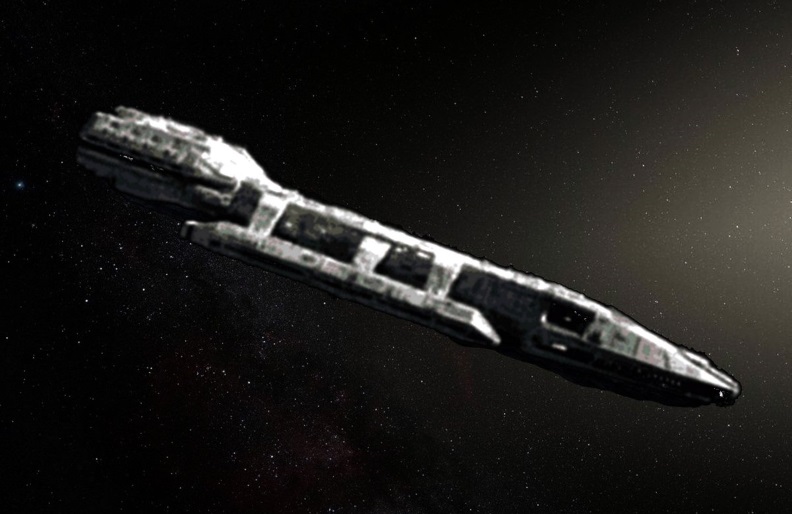 Mysterious Interstellar Asteroid Could Be a Part of Alien Spaceship, Astronomers Say 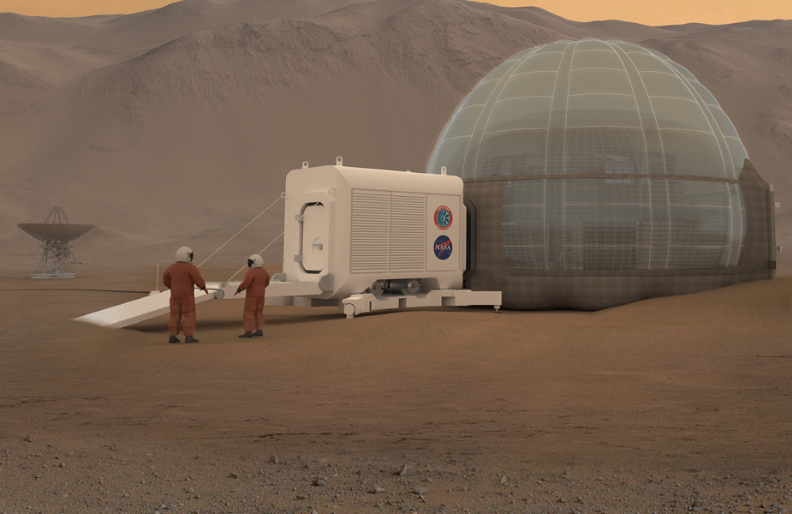 NASA doesn’t have the funding to land humans on Mars 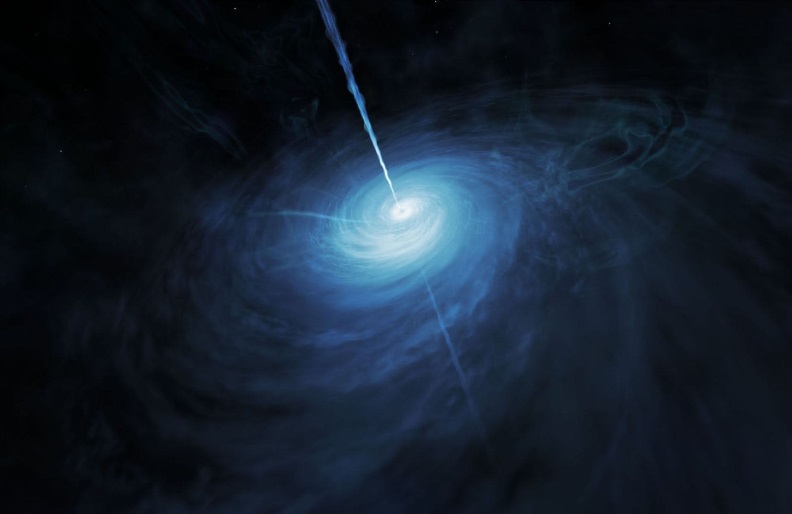