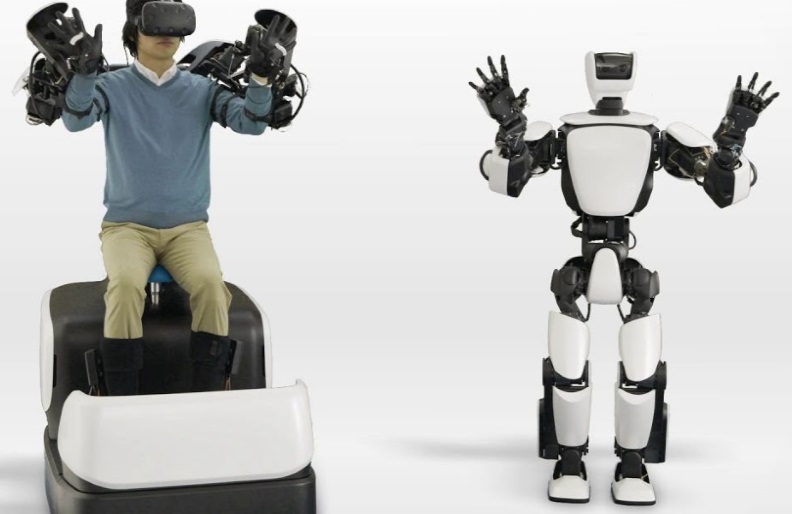 Toyota just unveiled the T-HR3, a humanoid robot. The robot is designed to be controlled by a human operator with the help of a virtual reality headset.

On November 20, Toyota revealed its latest humanoid robot, the T-HR3, which the company says “represents an evolution from previous generation instrument-playing humanoid robots,” according to the company’s press release. The new robot was created to assist humans safely whether at home or work, particularly in dangerous or remote areas — even outer space. The T-HR3’s third-generation robotic hardware was developed and designed by Toyota’s Partner Robot Division, and is meant to facilitate “unique mobility needs.”

The T-HR3 makes use of Toyota’s “Master Maneuvering System,” which allows a human operator to control the robot remotely. Among the features of the robotic exoskeleton is an HTC Vive virtual reality (VR) headset which allows the human operator to see what the T-HR3 “sees” in full 3D. The robot’s exoskeleton includes motor gears and sensors that control a total of 29 individual robot parts, allowing the operator to have a “smooth and synchronized experience.”

With the T-HR3, Toyota is banking on the future of what’s been termed telepresence-controlled humanoid robots — though they aren’t the first company to incorporate VR into a device designed to assist with tasks both at home and in the workplace. VR devices seem to have long passed their gaming applications. Although there are still plenty of games developed for VR, the technology is being increasingly tapped for industrial uses.

Ford has started testing the use of Microsoft’s HoloLens VR headset in car design, giving the process a touch of mixed reality. The X division of Alphabet (Google’s parent company) recently gave a new home to Google Glass, along with an entirely new mission.

Toyota is set to demo the T-HR3 at the upcoming International Robot Exhibition 2017 at the Tokyo Big Sight, which is taking place from November 29 to December 2.