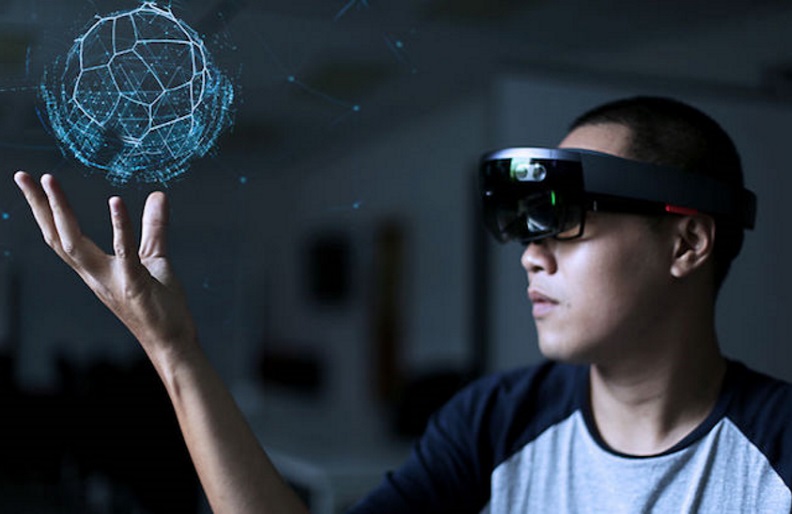 Virtual reality, alongside its little brother, augmented reality, has quickly become a worthwhile topic across the majority of industries. The global VR market anticipates an overall valuation of more than US$26 Billion by the end of 2022 according to a report published by Zion Market Research.

Virtual reality development can be applied towards many disciplines – such as gaming, marketing, entertainment, education, engineering, fashion, training, art, simulation and many more.

Hong Kong’s Jet One Motion and their 360 Photography, on the other hand, demonstrate the ways VR is disrupting the commercial photography field, enabling a variety of industry to showcase their products in an immersive, VR context. This allows for an intricate user experience which goes far beyond the typical rendering we are currently used to.

VR and AR represent exciting new technologies which are being improved by the minute. We’ve already seen some massive hard hitters in the face of the Pokémon GO – the game which managed to take the entire world by a storm.

It’s obvious that this is a technology which is only going to get better, and with 2017 being almost gone, we’ve decided to take a peek behind the curtain and pinpoint a few of the top trends in VR development to look forward to in 2018.

1. Going Well Beyond Sound and Vision

Up until this moment, the emphasis is placed towards those two senses – vision and sound. However, serious progress is being made in involving our other senses in the immersive virtual reality. At the 2017 Tokyo Game Show we saw the VAQSO VR – a scent enabling device with the size of a Snickers bar. It’s claimed to be the “world’s smallest virtual reality scent device” and it can be attached to any VR Headset, regardless of its kind.

It was rolled out in the form of a demo, and it was paired with VR applications across a range of industries such as travel, gaming, fashion, and whatnot.

In any case, this is just an example of the total sensory immersion which is to follow in 2018. We expect to see massive improvements in this regard, greatly attribution to the overall real-time feel brought to you by the VR technology.

Specialists predict an influx of tools which would enable people to create as well as to publish VR content without putting that much of an effort. We can anticipate a lot more interesting stuff such as MindShow to start popping on the market, allowing regular users to create their own, thrilling and character-driven movies in VR.

Now, it’s important to note that instances such as MindShow are unlikely to require you to upload the full 360 video but rather a traditional 2D rendering on YouTube, hence creating a rather expensive 2D video which would meet the necessary delivery standard. Those videos are likely to be better than the native experience that VR brings. The reason for this is simple – telling stories in a medium which is spatial is actually a work in progress at the very best and it doesn’t really require an actual install.

However, VR tools are going to empower supercharged sandboxes as well as different workflows to bring a lot more to the table for storytelling mediums such as YouTube and Instagram, for instance. The best thing is that you are unlikely to need a dedicated enterprise studio team to pump up quality content through native VR experience.

This is definitely a bit techy. However, foveated rendering is a rendering technique which is yet to be perfected. It takes advantage of an eye tracker which is conveniently integrated with a VR headset. It would reduce the rendering workload by decreasing the quality of the images which are in the spectrum of your peripheral vision. In other words, VR headsets are likely to bring the same experience to your normal vision, placing the focus on what’s being gazed by your fovea and defocusing what’s outside of that area.

This is supposed to substantially lower the barrier to entry when it comes to running into truly high-end native VR experience.

The biggest difference this would make, however, lies within the incremental improvement of the performance on any mobile VR hardware. This is likely to bring a substantial increase in the high-quality VR gear.

Beyond the sheer performance, however, you can also expect UI which is gaze-driven. In turn, this would enable content creators to receive a lot more contextual data on the way you navigate and the way you respond to the virtual world. This would enable them to adjust and perfect the technology accordingly, catering to every requirement.

It’s no secret that both VR and AR have a substantial potential of disrupting the entire e-commerce field. V-Commerce does sound like a name that would be used to describe it. Consumers will be able to test out clothes, gear as well as a range of different products before they place their purchase.

What is more, when the technology is developed enough through the implementation of different sensory devices, we could potentially be able to test out smells and flavors as well.

VR is undoubtedly a part of the future of retail. A lot more 3D experiences would be employed to engage customers and retain their attention.

It’s not that challenging to see that the future of e-commerce hides behind VR and, if we take a look at the current Asian commercial market, we can see that it’s already happening. In November, 2016, Alibaba – a Chinese e-commerce behemoth who needs no further introduction, introduced VR shopping to its customers across China. Get this, though – the company went on to reveal that this rather innovative, at the time, shopping experience managed to attract more than 30,000 shoppers in no more than a couple of days. One week later, this amount escalated to approximately 8 million users.

Given the opportunities that VR and AR, for that matter, could provide in the e-commerce space, it’s clear that many companies will follow in the footsteps of Alibaba. We will see major retailers as well as medium-sized businesses implement VR as part of their existing service portfolio in an attempt to attract new clients.

Advertising taps its way throughout everything with exposure and VR is undoubtedly not going to be an exception. What is more, it could easily be the most effective way to reach out to your perfect customer and plant your brand in their mind.

VR advertising could easily take advantage of the social profile of the user and display relevant advertisements through a simulated or augmented reality. This is likely to have a huge impact on the overall customer journey.

What is more, since VR is so broad and it could be applied to almost any industry, the possibilities for advertising are virtually unlimited.

That’s something we can already see but the trend is surely to expand as the field itself reaches massive economic growths.

2018 and the years to follow will surely see a tremendous rise in the overall demand for hiring experts in the VR development field. More content will be released in the years to come and we’ll see an uptick in the roles which are related to them. This is going to affect a range of different industries such as marketing, advertising, design and of course the development of the VR-related gear and sensors.

Well, the technology is only getting better, there’s no doubt about it. It’s hard to determine precisely the way VR would progress through the upcoming year. However, the aforementioned trends are undoubtedly coming.

A few years ago we were dazzled by the fact that we could watch 3D movies at home and at the cinema. Now, we are allowed to immerse ourselves into this parallel world, tapping into the experience completely.

As a commercial consequence of all of the above, though, brands need to start adjusting, should they want to stay relevant. Taking advantage of these trends and upcoming innovations is no longer an option – it’s pretty much a requirement for growth and advancement.

This article was originally published by e27.