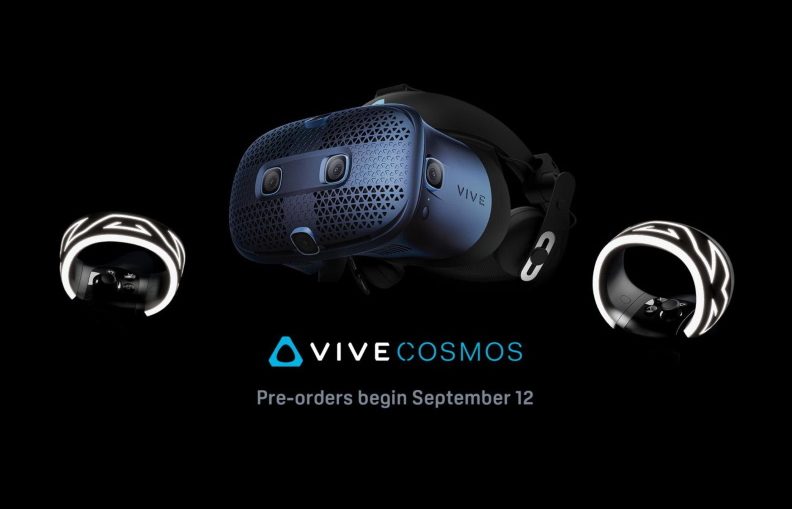 We haven’t had the opportunity to try out the Vive Cosmos and it doesn’t appear that HTC has done any sort of official media hands-on just yet, either. Instead, HTC has been teasing the Cosmos for several months now, with various reveals in the form of teaser trailers but never fully revealing all the specs and information on the product.

So what exactly is the Vive Cosmos? For all intents and purposes, it appears to be HTC’s fully next-generation VR headset. Judging from the initial reveals, the Vive Cosmos will be a PC-powered VR HMD (head-mounted display) at launch, with the distinct possibility of being powered by a phone or other mobile device sometime down the road. Hopefully, we’ll get more info on that part of the deal shortly, as it could be a real Oculus Quest competitor.

Unlike many other “generation 1.5” VR HMDs lately, the HTC Vive Cosmos appears to have no compromises when it comes to features. Unlike the Oculus Rift S or the Valve Index, the HTC Vive Cosmos has the option to go fully wireless by using the company’s official wireless accessory. That’s the same accessory that works on HTC’s other PC-powered VR HMDs including the original HTC Vive and the Vive Pro/Pro Eye.

Unlike HTC’s other major PC-powered HMDs, though, the Vive Cosmos utilizes advanced inside-out tracking via six cameras. That’s in comparison to the SteamVR lighthouses that the Valve Index also uses to track its location and movement in a room. Like the Oculus Rift S and Oculus Quest, the Vive Cosmos’ inside-out tracking doesn’t require any cameras or external sensors to be set up in order to get proper roomscale VR working. It’s all built-in to the headset.

It’s also got those next-generation fast-switching LCD panels that both the Oculus Rift S and the Valve Index use. While the don’t have the impressive infinite contrast ratios of the OLED displays used in current-generation Vive HMDs, they are significantly crisper because of the pixel structure on the display. They’re also 88% higher resolution than the original Vive (2880×1700 vs 2160×1200) and have a 10Hz higher refresh rate than the Oculus Rift S (90Hz vs 80Hz).

Lastly is the design of the headset itself, which features a new flip-up mechanism for more comfortable long-term use. All current-generation VR HMDs tend to get fogged lenses during use, and having a front panel that flips up will make it far easier to wipe those lenses off.