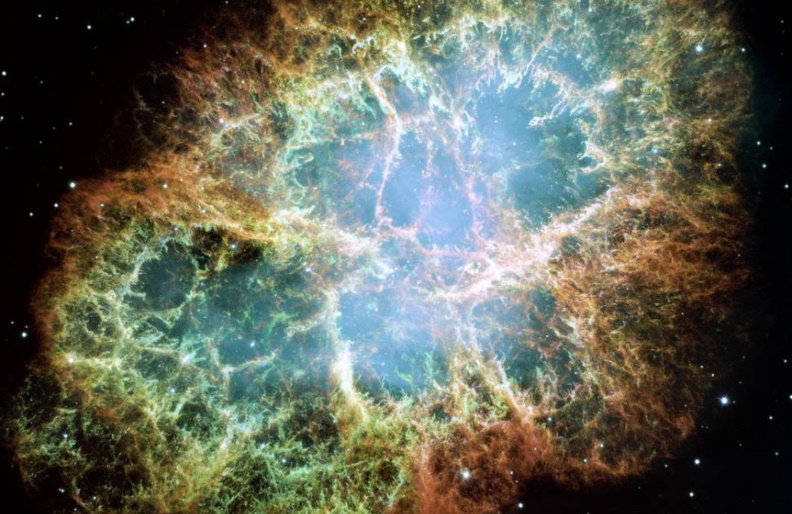 A pulsar 25,000 light-years away is wobbling in a weird way. But Einstein’s theory of general relativity predicted it more than a century ago.

Einstein’s theory of general relativity has been confirmed once again, this time in the wobbling of a pulsar 25,000 light-years from Earth. Over the span of 14 years, astronomers observed the spinning neutron star PSR J1906+0746.

Their goal? To study the wobble, or precession, of two pulsars as they orbit each other, a rare phenomenon predicted by general relativity.

The astronomers, led by Gregory Desvignes from the Max Planck Institute for Radio Astronomy in Bonn, Germany, published their results in the Sept. 6 issue of the journal Science. Their findings could help estimate the number of these so-called binary pulsars in our galaxy and the rate of neutron star mergers, which might produce gravitational waves (also predicted by relativity) that can be observed on Earth.

Pulsars are rapidly spinning neutron stars that beam jets of charged particles from their magnetic poles. Intense magnetic fields accelerate the particles to nearly the speed of light, creating beams of radio waves that shine into space like cosmic lighthouses. With clock-like precision, pulsars rotate up to thousands of times per second, creating a predictable pulse when the beams sweep across Earth. The dead stars’ compact cores cram more mass than our sun into the space of a city and are the most compact objects in the universe — ideal test subjects for the theory of general relativity.

“Pulsars can provide tests of gravity that cannot be done in any other way,” study co-author Ingrid Stairs, from the University of British Columbia in Vancouver, said in a statement. “This is one more beautiful example of such a test.”

General relativity, which Albert Einstein first formulated in 1915, describes how matter and energy warp the fabric of space-time to create the force of gravity. Massive dense objects, such as pulsars, can dramatically bend space-time. If two pulsars find themselves orbiting each other, general relativity predicts they can create a slight wobble as they rotate, like a slow-spinning top. This consequence of gravity is called relativistic spin precession.

When astronomers discovered PSR J1906+0746 in 2004, it looked like nearly every other pulsar, with two definite, polarized beams visible every rotation. But, when the neutron star was observed a second time years later, only one beam appeared. Sifting through observations from 2004 to 2018, Desevignes’ team determined the disappearance of the beam was caused by the precession of the pulsar.

Using the 14 years of data, they developed a model spanning 50 years and accurately predicting the disappearance and reappearance of both beams from precession. When they compared the model with observation, the rate of precession matched, with only 5% uncertainty. The data was in perfect agreement with Einstein’s theory.

“The experiment took us a long time to complete,” Michael Kramer, director of the Max Planck Institute’s Fundamental Physics in Radio Astronomy research department, said in a statement. “Being patient and diligent has really paid off.”