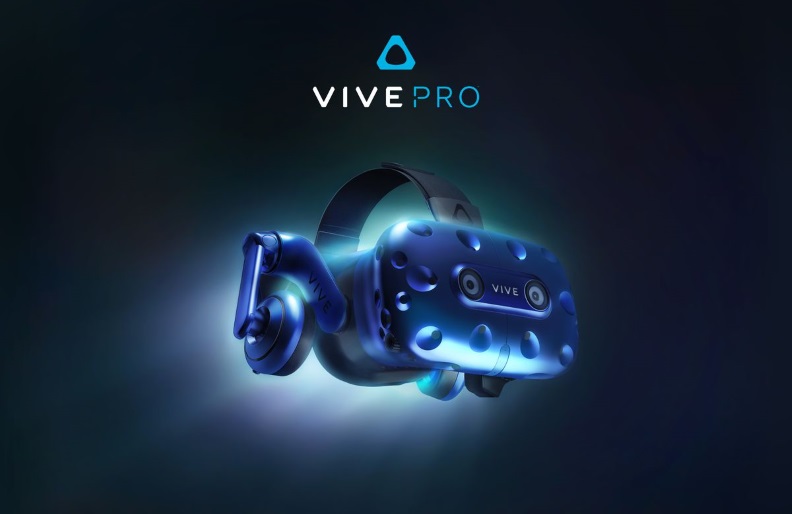 One of the many things announced this year at CES was HTC’s new Vive Pro, that brings their VR headset into a higher resolution with enhanced hardware, taking the next big step into the world of VR. The new headset will support a resolution of 2880×1600 via dual OLED displays, feature two front-facing cameras and feature built-in audio support with noise cancellation.

Sadly they didn’t have any to show off at CES as they are still working on things, but you can get an idea of what it looks like by the video below. The new headset will not be replacing the original Vive, but will act as a higher end model for those willing to pay for the resolution and features.

Resolution is one of the biggest things holding VR back for many people since being able to notice the pixel grid causes distraction for your brain making it hard to ignore its presence (which takes your concentration away from the content and can cause exhaustion to your eyes). Increasing the resolution not only helps to soften this effect, but also allows developers to dive deeper into the graphic quality and object detail of their games. The other thing holding VR back is the price of getting in, which obviously hasn’t been addressed just yet (but we will be seeing some changes that will bring some peace of mind this year via other VR products).

HTC will be getting ready to share more information about the new headset within the next few weeks or so, including pricing and when we can expect to see it enter the market. They will focus first on rolling an upgrade out for those who already own the original Vive, then launching the full headset and accessories as its own product by the end of the first half of 2018.

You can find HTC’s original headset here on Amazon, at a price of $599, which still feels high to a lot of consumers. With Oculus dropping the price of their headset and controllers to $399 ($200 less than the Vive), it will be hard to say for sure how well the new Pro model will fare on the market, especially when Oculus plans on launching a lite (and wireless) version of their headset sometime this year for even less.