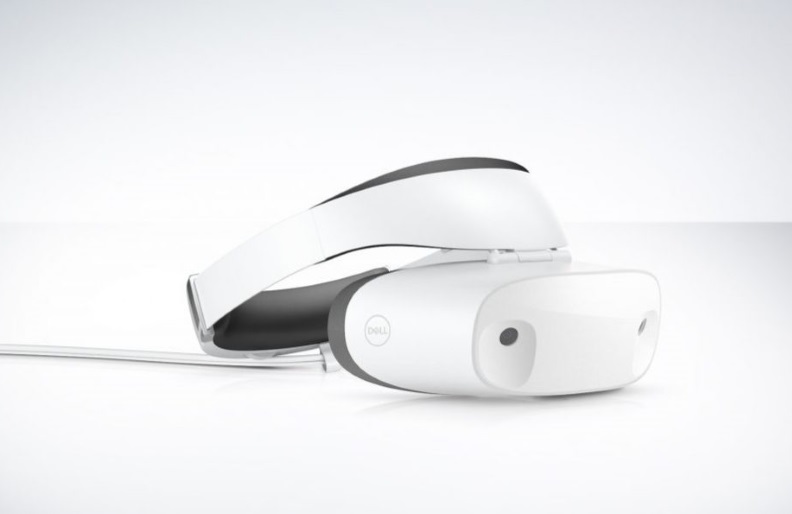 The Windows VR headset landscape is starting to get pretty crowded and it hasn’t even really begun yet. Both the HP and Acer are available in dev kit form with another on the way from ASUS, but now we know the Dell VR headset (known as the Dell Visor) is just around the corner.

Today, Dell is announcing that their immersive Windows VR headset will go on sale starting October 17th, 2017, for $349, along with the Windows VR motion controllers for $99. Bundles will also be available for $449. 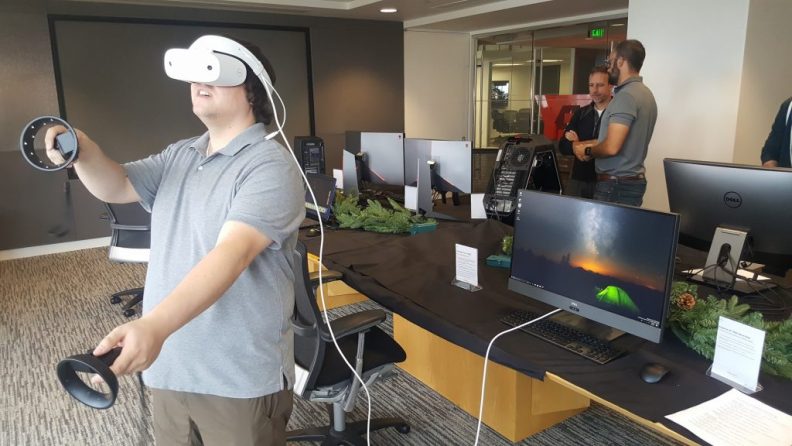 In terms of comfort and build quality the Windows VR Dell Visor is very similar to the HP Windows VR headset. It has the same padding on the front and back of the headband making it very light and comfy while resting around your head. There is a knob in the back as well for easy tightening and loosening similar to the HP and PSVR as well. Also, just like the HP and Acer, the front of the visor can flip upwards to allow you to easily see the real world which is helpful for talking to people or typing on your keyboard.

In fact, the only difference really between the Dell and HP is that the HP has a breakaway attachment where the cable plugs in (so you can detach and roll it up for traveling) and the Dell has a clip on the back to run the wire to the rear of the headband instead of on the side, which is often annoying.

Visually the exterior design is attractive and the pure white finish actually looks really nice. It’s a good contrast in comparison to the black Rift, Vive, and HP headsets. The PS VR has a nice balance of black and white colors. The camera placement looks less like a toaster in comparison to the Acer and less like Robocop in comparison to the HP, but evokes a sort of bug-eyed appearance in my opinion. Not any worse or off-putting, just different.

During my demo I was relegated to only seeing the Windows VR home interface, not any actual games or apps, but everything looked crisp and worked great. That’s likely due to the fact that it has the same 1440 x 1440 display that the HP and Acer have as well. 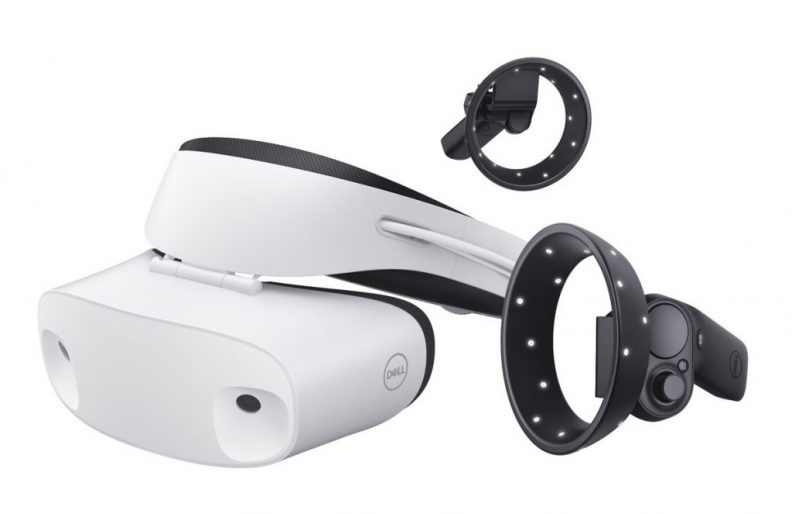 During the demo we also got the chance to check out the upcoming Windows VR motion controllers, which are expected to arrive at the same time as the Dell headset for $99. For in-depth thoughts on how they felt and performed you can read those hands-on impressions here.

In addition to the news about the headset today we’ve also learned that not only will there be a whole suite of apps and games, such as a new Halo experience, launching on the Windows Store for Windows VR headsets like the Dell (as well as Acer, HP, and ASUS) but we also found out the devices will work with SteamVR too. That opens up a ton of doors for content.

What do you think of the Windows VR Dell Visor? Other than visual design and some cord placement differences it’s virtually identical to the $329 HP headset and slightly better than the $299 Acer headset. You’ll reportedly be able to get one in just a few months (October 17th) for $359 reportedly at the Dell website, Best Buy website, and select Microsoft and Best Buy retail locations. Let us know your thoughts down in the comments below!