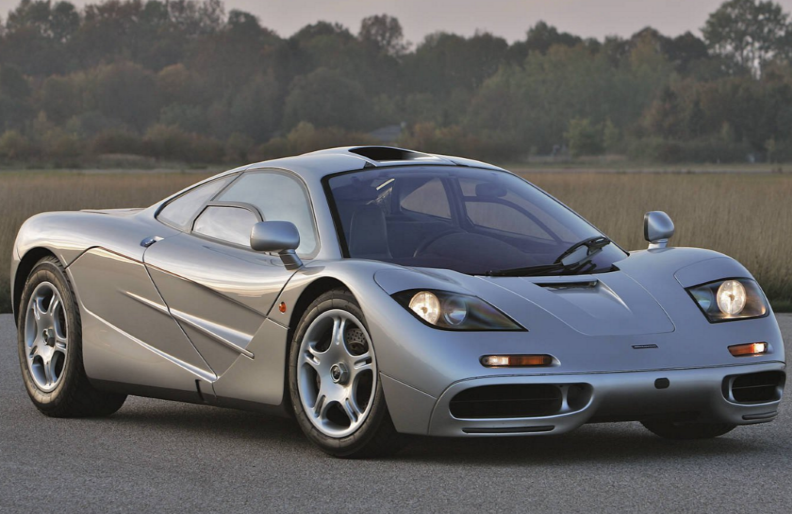 SUPERCARS are always bound to be expensive, but the $24 million dollars this McLaren F1 is just ridiculous.

A SUPERCAR is set to break the public record for most expensive modern car by selling for a staggering $A24 MILLION at auction.

The McLaren F1 is the world’s most desirable modern car with just 64 road models built between 1993 and 1997.

And despite being 20 years old, the revolutionary three-seater, where the driver sits in the middle, remains the fastest road car ever made.

It is also eye-wateringly expensive to run.

Bonhams announced it would be selling chassis 044 at its Quail auction in California.

It is one of the very few one-owner McLaren F1s and, while Bonhams isn’t revealing the price, it is expected to sell for between $A19 and $A24 million on August 18.

This will break the record for car built after the 1960s and could give the 1955 Le Mans-winning Jaguar D-Type a run for its money as the most expensive British car ever sold publicly.

Despite being chassis 44, it was the 37th F1 to roll off the assembly line in Woking, Surrey, with work completed in 1995.

It was purchased new by the current owner in July 1996 during a trip to the factory.

After forking out more than $A821,000 for the F1, he drove it out of the factory with two friends and they embarked on a tour of Europe, visiting France, Germany, Holland and Belgium.

When they returned from the trip, which accounted for half of the car’s total 9,600 miles, the F1 was returned to Woking before being shipped to the USA.

The F1 is being sold with its complete, original tool kit, full luggage set, mechanics gloves, detailing gloves, car cover and a number of factory documents.

James Cottingham, acquisition consultant at sports car specialists DK Engineering in Hertfordshire, said: “The McLaren F1 is the ultimate road car. It was designed by racing engineers as a road car and they got everything just right.

“It was perfectly executed and they are so rare. Many have been modified but this is an absolutely original, unmolested example.

“It will give us a good bearing of what a McLaren F1 is worth outside of Europe.

“I think it will do very well at auction and I wouldn’t be surprised if it sells for in excess of $A24 million.”

The most expensive British car currently sold at auction is the 1955 Le Mans-winning Jaguar D-Type, which sold for $A26 million last year.

This article was originally published by news.com.au. Read the original article.