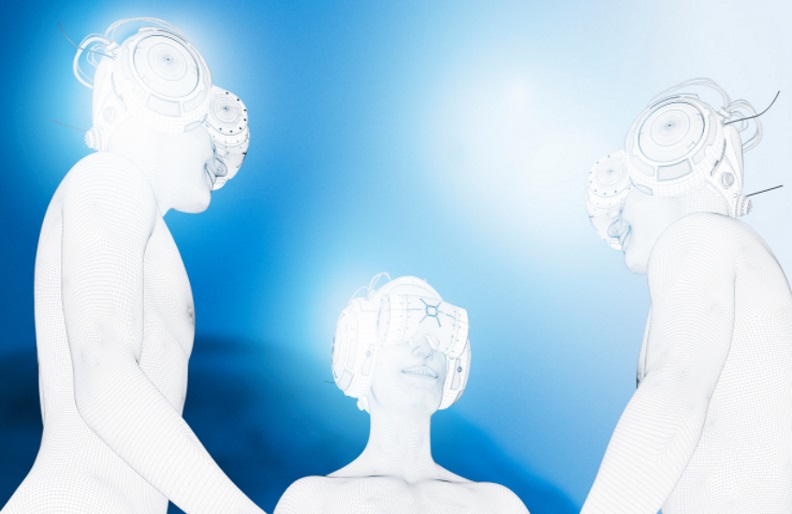 When it comes to virtual reality, we’re in a classic tech-industry moment: lots of chatter but seemingly little movement. We hear future-focused cheerleading from all corners about VR’s incredible potential, yet the 6.3 million headsets shipped last year is hardly cause for a ticker-tape parade.

So what’s holding back VR?

The nature of the technology, for starters. VR is not a tweak to an existing platform; it is a tectonic shift in how we interact with information and each other. It engages our senses of sight, sound and touch at a deeper and more complex level than anything we’ve seen in desktop, laptop and mobile technologies.

Getting VR right will take a lot of original and highly focused work. That work is ongoing, and as an investor in this space I believe the payoff will be dramatic once the right pieces fall into place. As I wrote last year, VR will eventually be bigger than reality itself.

In the near term, I see three barriers to be solved in a specific order to keep VR moving forward. One is relatively easy. The other two will take a bit of time — but there is emerging evidence we’re getting there.

Step one: Get that phone off your forehead

While the iPhone was a revolution, it’s easy to forget that Apple never planned to have many apps for it. The original model had 16 icons; not one was called iTunes.

But the broad adoption of the iPhone provided a freedom that made possible apps of all kinds. It also forever changed what we thought a phone could and, importantly, should do. It’s what the late Andy Grove called an inflection point: after the iPhone, the masses were never going back to a clamshell-style product.

Fast forward to today. It’s understandable the industry would try to stretch the capabilities of iOS and Android phones into the realm of VR. The problem is, these devices weren’t designed to be stuck to your head. There’s not enough battery life. The weight distribution is off. In an industry obsessed with the right customer experience, this one is all wrong.

The highest wall VR must climb is the one separating it from Hollywood.

Fortunately, this challenge is the easiest to overcome. This industry knows how to create elegant designs. We know how to miniaturize components, dissipate heat and transfer high volumes of data at short range. Intel, for example, is making major efforts to drive down transistor sizes, ramp up vision-sensing technologies and add artificial intelligence and 3D sound processing to create true VR experiences. These kinds of efforts will help drive down costs and create the inflection point VR needs to drive mass adoption.

We’re seeing other steps in this direction with Oculus and HoloLens headgear. We’re even seeing some early platform successes. Tsunami VR, for example, recently ran field trials with an energy company to help its employees change out a pneumatic drill component using a HoloLens headset. What was once a two-hour process took only 15 minutes.

Meanwhile, one of our portfolio companies is focusing on another industry ripe for VR disruption. InContext Solutions helps retailers see how their ideas will work — from a store’s actual layout to how shoppers behave in it — before committing to expensive redesign and build-out efforts.

You can argue that gaming is doing just fine without VR. Total spending in the sector is up by double digits, and esports events such as The International 2017 are drawing sellout crowds.

Gaming can expand its reach to include VR, and we need that to happen for reasons that will become clearer in a moment. To do so, however, we need dedicated studios to create games for the medium — not repackaged versions of existing titles — and to drive unique streams of subscription revenue. Just as Bungie Studios made Halo the reason to own an Xbox console, we need you-can-only-get-it-here titles for gaming to plant its flag in the VR world. It’s likely this idea that prompted Google to purchase Owlchemy Labs this past spring — and why we’ll see similar ventures down the road.

It’s also why we’re seeing companies deepening the intimacy of the gaming experience in anticipation of VR becoming the norm. BodyLabs, another startup we’ve funded (and which was recently acquired by Amazon), transforms photos, videos, body scans or physical measurements into accurate 3D body shapes. If you’re a gamer, you can capture your favorite touchdown dance or combat move and bring it into the field of play.

The highest wall VR must climb is the one separating it from Hollywood. To be sure, there’s a bit of A-List, goggle-friendly content, in many ways thanks to Travis Cloyd. He created “The Recall Abduction,” a 13-minute VR film based on the Wesley Snipes thriller. He is also soon releasing “Distorted“ with John Cusack; a John Travolta VR film; and the upcoming dystopian saga, “The Humanity Bureau,” starring Nicolas Cage.

But the reality is we don’t have a lot of cinematic VR content. And we won’t, until we solve the hardware problem I outlined earlier. Because the first question any studio executive will ask is, “Where are the headsets?” We need hardware people want to put on their heads as enthusiastically as they wanted to put an iPhone in their pockets.

Hollywood also needs to integrate VR into its existing production workflows. That means a full stack of protocols, techniques and tools. This software infrastructure is coming, but not yet in place. Getting the gaming industry to create VR-only titles will accelerate the process.

VR will eventually be bigger than reality itself.

The bottom line is a trust-us-this-will-be-great proposition is a non-starter in Hollywood. Need proof? It’s been a decade since Netflix announced it would stream movies online; it was only this summer that Disney announced it would start a streaming service set to go live in — wait for it — 2019.

Make no mistake: there are absolute advantages to Hollywood embracing VR. Studios can bypass theater chains, for instance, and go straight to VR programming, as they did with VHS a generation ago. But right now all the big players want to be in the No. 2 position: wait for someone else to figure out the business model and then jump in. They’re likely watching early entrants such as One Touch, a VR distribution company working on generating cinematic entertainment in VR.

For VR to go mainstream, all roads lead to Hollywood. That means convincing executives who micromanage their risks that purpose-built headsets are available and that people love them. It’s why we have to solve the hardware problem first and then get the gamers on board to prove the vitality of the market. Only then will Hollywood feel safe to swim in the VR waters.

It’s critical to remember VR is a new form of expression — a newer new media, if you will — and is in its early days. It requires that we experiment with it and evolve our understanding of it before we adopt it.

Equipment makers and investors are acting accordingly. Intel, Microsoft, Facebook, Google, Lenovo and others all have VR offerings. ASUS just created a $50 million venture fund with Anis Uzzaman of Fenox Ventures, whose focus includes VR and augmented reality technologies. The gaming industry is also jumping into the fray, with SEGA and Bandai building a similar fund with Fenox. And Hollywood is watching it all with interest.

Like all other fundamental shifts, the move to a full-blown VR market will take time. But the work is underway and the wait will be worth it. So for now, hold on to that ticker tape. When this market hits, you’re going to need it.