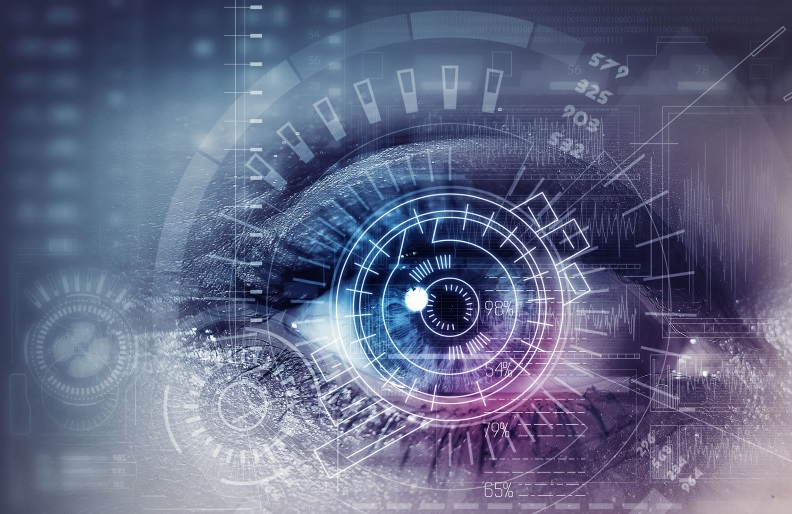 Nearly eight years have passed since the world first learned about “Retina Displays,” screens with so many tiny pixels per inch (ppi) that the naked eye could no longer see the individual dots. At a roughly 1-foot distance — about where you hold your smartphone — the eye can’t perceive much more than 300ppi, while at tablet, laptop, desktop computer, and TV distances, the ppi number can go lower and lower without pixels being noticeable.

But the “Retina Display” concept is now only weeks away from taking a major step forward — because of screens that are being placed only an inch or two away from your actual retinas. Recent advances in technology are enabling screen makers to promise 1,000ppi and 2,000ppi displays for virtual reality headsets, and they should appear in public for the first time on May 22 at SID’s Display Week in Los Angeles.

Do we really need more than 300ppi? Yes

During the 2010 introduction of the iPhone 4, Apple presented the Retina display as the ultimate solution to the “will I need more resolution?” screen question, and I think it was essentially correct. Twenty-five years earlier, Apple released the LaserWriter, the first popular laser printer, which could produce professional-grade layouts at 300 dots per inch (dpi) — enough dots that they don’t stand out when you look at the paper. Though laser printers later arrived with 600dpi and even 1200dpi capabilities, they tended to up the printers’ prices without significant improvements in quality. Eyes haven’t evolved since 1985, so the 300 dot or pixel per inch threshold held up well over time.

Still, it was obvious even on the day the Retina display debuted that screens would continue to advance. And they have. Some companies pushed beyond 300ppi for marketing purposes or because manufacturers flooded the market with ever-shrinking 1080p screens, and others because their screens depended on adding extra sub-pixels for color or brightness. That’s why even Apple debuted a 458ppi “Super Retina display” in last year’s iPhone X — it wasn’t so much about raw resolution as improving pixel-level brightness and color control for the new OLED screen.

Unlike phone screens, however, virtual reality headset screens are right up next to your eyes, separated mostly by glass or plastic lenses. With a decent lens at that close distance, even a 400ppi screen suffers from what’s called a “screen door effect” where both individual pixels and the pixel grid are visible. That’s why HTC’s Vive Pro has already pushed into the 600ppi range, and now others are going even further.

Whether a given ppi number is “enough” for virtual reality is going to depend on two factors: the distance of the screen from your eye, and the strength of the lens between your eye and the screen. The more the lens magnifies the screen’s content, the more obvious the dots will be. If you can make the lens stronger while retaining clarity, you can make the screen smaller, which can reduce the size and weight of the VR headset as a whole.

That tradeoff — a bigger, clunkier VR headset or a smaller, lighter one — is why Sony’s joint venture Japan Display just disclosed that it created both 803ppi and 1001ppi screens for next-generation VR. It said explicitly that 1000ppi or greater screens, aided by new lenses, will be necessary to enable VR headsets to shrink. So despite that its 803ppi screen is more detailed than the Vive Pro’s, and radically better than any smartphone display, Japan Display says that the future of VR lies in even higher pixel densities. And it’s going to be ready to deliver the 1001ppi display in actual products by March 2019, with further achievements arriving on an “accelerated” schedule.

Believe it or not, Sony could be behind the pack in technology. Taiwan’s INT says that it’s developed an “ultra high pixel density” 2228ppi AMOLED for VR, but hasn’t provided any other specifications — the screen size, the refresh rate, colors, or overall resolution. And LG has co-developed a 4.3-inch, 18-megapixel 1443ppi OLED with Google for VR. All of these new screens will be shown off at Display Week. Apple has also been working on perfecting its own MicroLED screens, which could be used in future VR products.

So what does this all mean for VR?

Based on where screen technology is going, it’s safe to assume two major trends for VR over the next couple of years: Some headsets will just boast radically improved levels of detail, while others are going to get much sharper, smaller, and lighter at the same time. It’s fair to assume that companies will start trying to charge more for the smaller headsets, turning comfort into a “premium” feature, though realistically miniaturization rarely comes cheap.

The major limitation is going to be the pixel-pushing power of the computers connected to the headsets. If a headset’s resolution — say 1920 by 1080 — stayed the same as the screen inside continued to shrink, that would be one thing, but display makers are increasing resolution and density at the same time. As a trend, you can expect to see headsets adding more pixels in a smaller screen size, which will generally demand more graphics processing power… unless hardware or software tricks are used to reduce rendering demands across (unimportant) parts of the screen.

A shorter answer: VR’s visual will soon become more compelling. Are your retinas ready for it?

This article was originally published by VentureBeat.