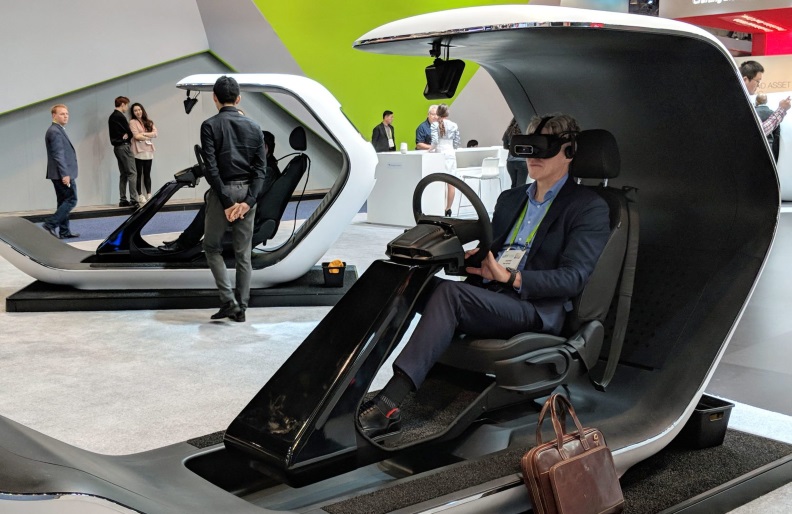 The blend between our virtual existence and the physical world has become a normal part of our lives. We are living life through a screen already, so the jump into virtual reality (VR) is not as large a leap as one would expect.

With all of the big tech players pushing hard in the VR race, it’s only a matter of years until we see people sitting next to us on the train with their headsets on. Technology is moving at such a rapid pace in the VR industry, product releases are coming thick and fast, and everyone is trying to be the first past the post to bring a full VR experience into a simple, comfortable, standalone device.

The future of VR

The future of the headset will be one where augmented reality (AR) is the minimum and one can transition into VR or “full immersion” with ease. Microsoft has termed this mixed reality (MR), and with the advent of inside-out tracking has lead the way in making standalone headsets that enable not only looking around the virtual world, but also walking around too.

The ‘full’ VR experience will continue to expand with the release of haptic clothing and gloves, allowing for virtual touch to be included into the development of the VR experience. As VR developers start to utilise these haptic touch devices, the beauty of MR will come into its own and the physical-virtual blend will be truly immersive.

The reason why VR development is moving at such a rapid pace is because of the synergy between hardware and software development. All of the large players are releasing their own platforms to view VR content – and as it stands now, the pathway to content is quite sporadic and device-dependent. This will likely change, with the first company to create a great customer experience at all touch points going a long way to being the ‘Netflix of VR’.

But this will most likely have a shelf life as technology advances, and smart device manufacturers start to adapt their offerings into the MR space. One thing that won’t change is the need for a super-fast network to deliver the content and experience – however it is offered.

Taking VR into the mainstream

As VR becomes more mainstream, it will move from the ‘gamer’ space via film-making, and eventually into advertising and public relations (PR). The marriage between VR and PR is quite a simple one, as it makes a lot more financial sense to create a PR activation that can then be taken into the virtual world and experienced by the masses.

No longer is a PR or advertising opportunity going to be bound by the laws of physics or geography; in the near future, utilising AR, ads will be able to be generated into each of our mixed reality experiences for both our entertainment and the company’s ROI.

“Surfing” the web will move from being a nice analogy into reality, with companies like Web VR already playing with the idea of virtual websites. VR for websites has always been what we’ve imagined the best user experience on the Internet to be, and this will enable mass adoption of VR – bringing with it new rules for UX design and web design alike.

The virtual desktop will enable people to work in even tighter spaces, with an unlimited number of screens and at a larger scale than ever before. Productivity will increase, and people will truly be able to immerse themselves in their work.

VR will invade many different industries from both a consumer and enterprise perspective regardless of history. There are already no limits to where someone can take their experience inside the virtual world – and as technology keeps advancing, the limits to how VR can interact with the physical world keep expanding.

There are a few questions that will arise as VR is widely adopted: will one company be able to truly “own” VR? How will ethics become a part of VR development practices? How will VR start to affect us as humans – as we start to interact more with the virtual world, is it inevitable that our physical interactions will decline?