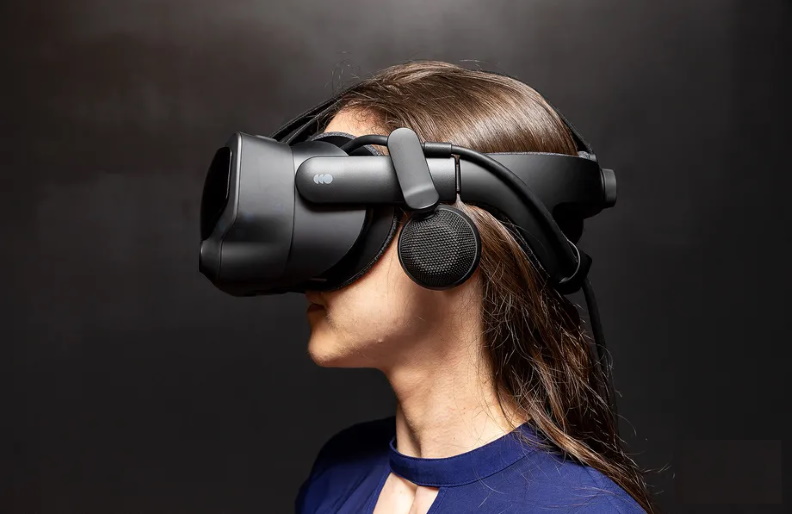 References in Valve’s code point towards the prototype

Valve could have a second VR headset in development with a standalone design similar to what’s currently offered by Facebook’s lineup of Oculus Quest headsets. Evidence for the new headset was brought to light by YouTuber Brad Lynch. He found multiple references in Valve’s SteamVR code to a device codenamed “Deckard” which he then cross-referenced against the company’s recent patent applications.

Ars Technica subsequently confirmed with its own sources that much of Lynch’s findings are accurate and that Valve does have a second headset prototype in development. In contrast with the company’s first VR headset, the Valve Index, released in 2019, the new headset has a built-in processor that could allow it to work without being tethered to a PC by a cable. Valve also reportedly has ambitions for it to be able to track movement without needing external base stations (aka “inside-out” tracking).

Ars’ claims broadly line up with the code references Lynch outlines in his video. These include use of the term “standalone” and a code string that suggests it might have some internal processing power, which could allow it to function independently from an external PC. There are also references that suggest the new headset might have some measure of wireless connectivity, potentially via Wi-Fi. Ars also reports that details about updated optics are also accurate, which could allow the headset’s lenses to be positioned closer to the user’s face for better comfort and performance.

Reports of a standalone headset are interesting in light of the announcement of Valve’s handheld Steam Deck console, which runs on a semi-custom AMD processor. A Valve FAQ has made it clear that the current console is “not optimized” for VR, but in an interview, the company expressed an interest in one day using the processor in a standalone VR headset.

“We’re not ready to say anything about [using the AMD processor in a VR headset],” Valve’s Greg Coomer told The Verge in a recent Steam Deck interview, “but it would run well in that environment, with the TDP necessary… it’s very relevant to us and our future plans.”

Of course, Valve developing something internally is no guarantee it’ll ever see a commercial release. Ars points towards the company’s famous history of working on projects internally, only to kill them off. But the fact that the company has already released one VR headset, and is on the cusp of releasing its own standalone handheld console, has us hopeful that Deckard might one day make it to market.

This article was originally published on THE VERGE