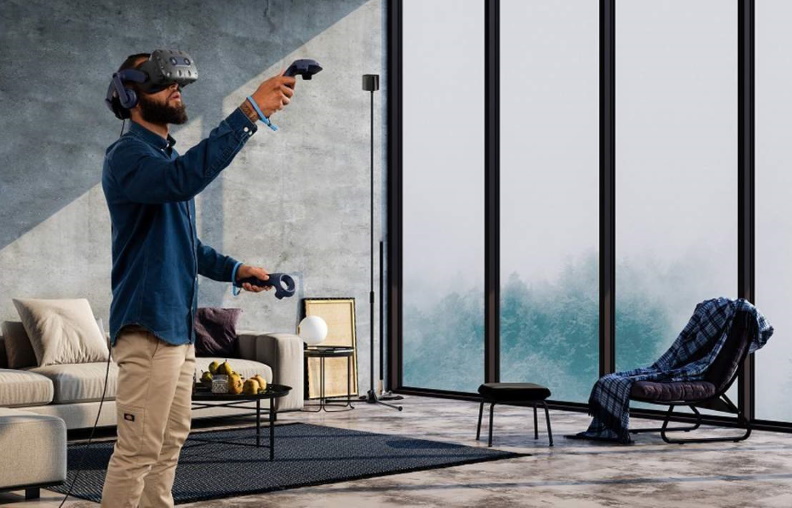 It’s been months since we first got details on the HTC Vive Pro 2 VR headset back in May. VR fans waiting in anticipation for the Vive Pro 2 kit to be available can now preorder the entire kit in North America. While the headset launched earlier this year, the full kit includes the headset, two base stations, and two VIVE controllers.

The kit retails for $1399 in the US and $1849 in Canada. Preorders kicked off on September 13, and HTC says the entire kit will be on the shelves by mid-October. Vive Pro 2 VR headsets feature 5K resolution, with each eye receiving its own 2.5K screen. The display has a 120-hertz refresh rate with a fast-switching panel featuring RGB subpixels promising clear and smooth animation.

Vive Pro 2 features a field of view of 120 degrees courtesy of a stacked-lens design. In addition, all the advances in hardware inside the headset bring reduced motion blur and helps eliminate the so-called screen door effect. The technology makes the environment feel more real and natural when the user is inside the virtual environment.

HTC was clear when it first launched the headset that there would be at least two packages. One would include the headset alone, and the other would be the full-kit experience that is now up for preorder. The reasoning behind this was that by selling the headset alone, those who already owned the original Vive Pro could just buy the headset.

Originally, the kit was supposed to be available on June 4, 2021. However, like many other technology products, it was delayed in part due to the pandemic. The headset alone costs $749, with preorders for it beginning on May 11, 2021.

This article was originally published on SlashGear