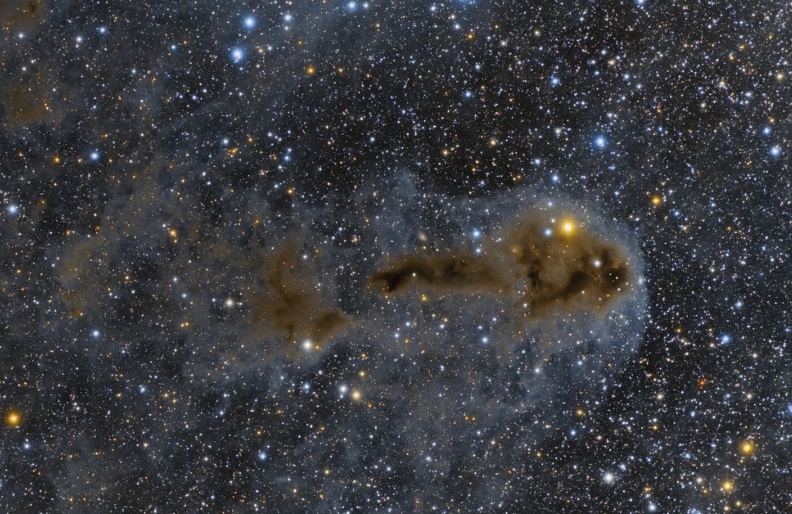 If we’re going to head out into interstellar space one day, we might want to go equipped with some heavy-duty degreaser. New research has found that the vast intervals of space aren’t always filled with dry dust, but often contain a mist of greasy molecules.

And there’s a lot of space grease out there. The Milky Way galaxy alone holds some 10 billion trillion trillion tonnes of cosmic butter. Although, it’s actually more like a greasy sort of soot, and not at all edible.

“This space grease is not the kind of thing you’d want to spread on a slice of toast,” said chemist Tim Schmidt from the University of New South Wales (UNSW) in Australia.

“It’s dirty, likely toxic and only forms in the environment of interstellar space (and our laboratory). It’s also intriguing that organic material of this kind – material that gets incorporated into planetary systems – is so abundant.”

The researchers, from UNSW and Ege University in Turkey, were actually investigating the presence of carbon in interstellar space.

Carbon is a vital ingredient for organic life as we know it – all known life on Earth is carbon-based – but we’re not entirely sure how much of it is out there.

Only half the expected carbon is floating around in its pure form. The rest is in one of two forms: aromatic, like mothballs, the researchers said; and aliphatic, or grease-like.

To help bring us closer to understanding how much carbon is out there, the research team recreated a space dust analogue in the lab to figure out its composition.

They replicated the outflows of carbon stars that create organic molecules by expanding carbon-laden plasma into a low-temperature vacuum. They then collected and analysed the resulting material.

When aliphatic carbon in space is viewed against a background radiation source, it produces a specific infrared spectral absorption feature. Using spectroscopy and magnetic resonance, the team was able to determine how closely their lab-created material matched the dust in interstellar space.

“Because then we have it in our hands, we were able to use a variety of techniques to figure out how strongly that greasy carbon absorbs light,” Schmidt told the ABC.

The results indicated that there are roughly 100 greasy carbon atoms for every million hydrogen atoms – that greasy carbon makes up somewhere between a quarter and half of all the available carbon in the Universe.

However, this still leaves a substantial proportion of the carbon to be found in mothball-like form.

Finding out how much aromatic carbon is out there is the next thing the researchers want to tackle.

It’s going to be a challenge, but the results will be worth it: figuring out how much carbon is bound up in the interstellar medium will allow more accurate calculations for the amount of carbon that is left over and available for the creation of life.