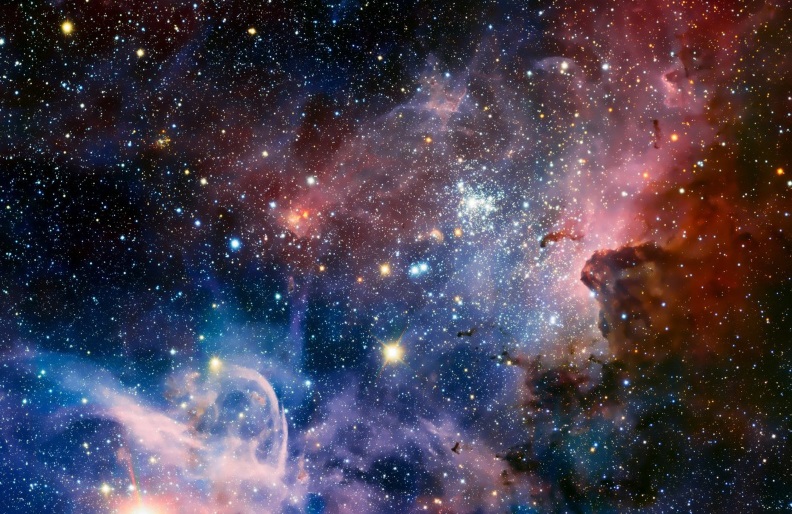 A new map of the universe has been unveiled by scientists, revealing the last seven billion years of the history of the cosmos.

The results of the Dark Energy Survey show how dark matter is distributed across the galaxy. Until now, scientists used models to show where it fell. These models are largely based on the Standard Model of particle physics, the incomplete theory that best explains how matter across the universe interacts.

Dark matter and dark energy are predicted to exist as they help explain the cosmos as we observe it—combined, they are thought to make up about 96 percent of the universe. Without dark matter exerting a gravitational force, galaxies would spin out of control and be torn apart. Dark energy is thought to be the driving force behind the expansion of the universe.

However, we cannot see or detect dark energy and dark matter. This makes understanding their precise nature, and their role in the construction of the universe, very challenging.

Previously, cosmological models were based on a map of the very early universe—about 380,000 years after the Big Bang. This map, created using measurements from the European Space Agency’s Planck satellite, depict the cosmic microwave background (CMB)—the afterglow from the Big Bang—and the universe’s earliest structures. Scientists then used this to create models to show how the universe evolved to become what we see today. But with no modern-day (astronomically speaking) map to test the models against, it is difficult to establish their accuracy.

To rectify this, researchers with the Dark Energy Survey embarked on a five-year study looking at light from 26 million galaxies to see how they have changed over the last seven billion years (half the age of the universe). They used light from the galaxies to position them, then looked at their shapes to map patterns of dark matter. These measurements allowed them to create the largest and most detailed map of the distribution of dark matter.

And the map was found to match the models, lending support to the Standard Model.

“While Planck looked at the structure of the very early universe, Dark Energy Survey has measured structures that evolved much later,” Daniel Gruen, a postdoctoral fellow at the Kavli Institute for Particle Astrophysics and Cosmology, said in a statement. “The growth of these structures from the early ages of the universe until today agrees with what our models predict, showing that we can describe cosmic evolution very well.”

“This result is beyond exciting,” Scott Dodelson of Fermilab and one of the lead scientists on the Dark Energy Survey, said. “For the first time, we’re able to see the current structure of the universe with the same clarity that we can see its infancy, and we can follow the threads from one to the other, confirming many predictions along the way.”

Results were presented at a meeting of the American Physical Society at the Department of Energy’s Fermi National Accelerator Laboratory, Illinois. They are based on just the first year of data obtained by the Dark Energy Survey. Scientists will now begin to process the data from the subsequent three years, meaning an even more detailed map will be produced in the near future.

“It is amazing that the team has managed to achieve such precision from only the first year of their survey,” said Nigel Sharp, program director of the National Science Foundation. “Now that their analysis techniques are developed and tested, we look forward with eager anticipation to breakthrough results as the survey continues.”

This article was originally published by Newsweek. Read the original article.