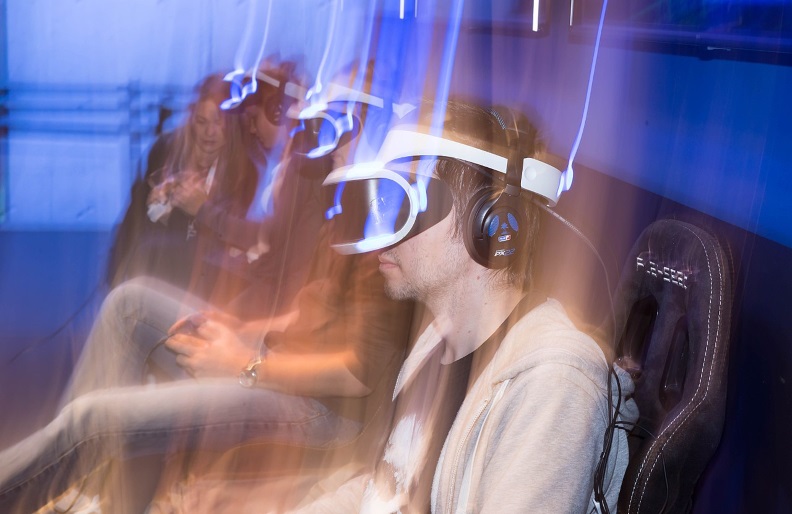 PlayStation VR had a quietly successful 2017, evidenced by robust sales figures and an even stronger slate of software. In fact, given our concerns at the start of 2017, the past 12 months proved more positive for the peripheral than we could have possibly ever imagined – and on the evidence of its release slate alone, 2018 is shaping up nicely, too. But with the year still in its infancy, we thought it’d be fun to look at four things we want out of the headset over the coming months.

It’s all about the games

We’re starting this article on an obvious note, but it has to be stressed that all pieces of hardware live and die by their software support. There are a lot of games on PSVR already, but we want to see that trend continue through 2018 and beyond. Sony’s already hinted that it expects the headset’s library to almost double this year, and we’re hopeful that spans a wide range of experiences, from smaller titles all the way through to AAA blockbusters. The most exciting thing about virtual reality right now is that a lot of studios are making their second or third games in the medium, so titles like London Studio’s Blood & Truth and Owlchemy Labs’ Vacation Simulator promise to show a greater understanding of the tech than 2016’s launch titles.

There’s no doubt that virtual reality games can be as entertaining as their flat-screen siblings; SUPERHOT VR’s gameplay loop, for example, was as fun as anything else you could find on the PS4 in 2017. But there’s potential beyond traditional “games” with PSVR to educate and inform. We’ve seen some of this on the headset already, with applications like the safari-based Virry VR or the unnerving Chernobyl VR. We’d like to see more of this on PSVR in 2018, whether it’s virtual reality short stories like Allumette or “experiences” such as Everest VR, the medium has so much potential that we want to see better explored.

We understand that the PSVR Aim Controller is essentially a peripheral for a peripheral and that’s always going to be a concern for developers designing games, but we hope that Sony doesn’t forget about the PSVR Aim Controller in 2018. It really is an extremely nice piece of kit, and while only a handful of titles support it, there’s no question that it enhances them. Farpoint is a brilliant demonstration of what the device can do, realistically rendering a range of futuristic firearms in your hands, and paving the way for some pretty darn entertaining gunplay – especially when you’re able to naturally pull the plastic weapon towards your face and actually aim down the gun’s sights. A handful of games, including Bravo Team, are already confirmed to support the accessory this year, but we’ve got our fingers crossed for a few more.

Sony’s been really good at taking PSVR on tour for a few years now. The manufacturer’s shown off the headset at gaming conventions; it’s also hosted in-store sample sessions and mall demos. But it needs to keep up the good work through 2018 and beyond. Here’s the thing: virtual reality doesn’t really make sense until you try it. Not everyone falls in love with it, of course, but generally people come away impressed when they actually experience it first-hand. While the growing install base of the headset means that more and more people are starting to be exposed to the technology, it’s still enormously important that the platform holder is diligent in getting the device in front of as many eyes as possible.

This article was originally published by PUSH.