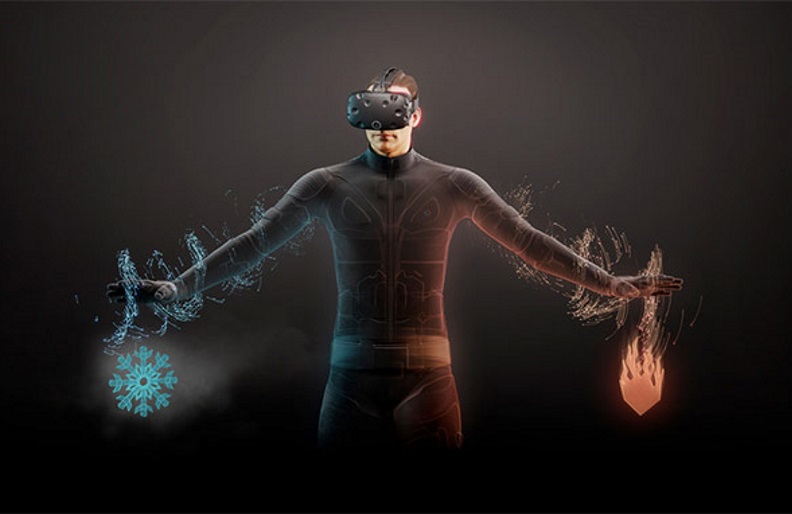 Virtual Reality has been a big thing at CES for the last four years. Every year companies look for ways to make the virtual reality experience even more immersive. While many virtual reality companies focus on the head, because of the eyes, ears and brain, a British startup is taking virtual reality to new depths of immersion with a full body suit called Teslasuit.

When you add Teslasuit to your virtual reality experience the 46 Haptic feedback points will ensure you  feel rain drops as your walking through a storm. If you’re in a game and get hit with bullets, bows or rocks, the Haptic feedback system will make your body feel it, you’ll be even more immersed in the game than with any other virtual reality system on the market.  Teslasuit’s Haptic feedback system is linked to a library of sensations where the Haptic animations are designed to activate across the body parts affected by what’s on the screen. In other words, if you’re in a game and get hit with a bullet in the right shoulder, you’ll feel the hit on your right shoulder.

Teslasuit’s climate control system will warm your body up at the beach or get colder on a mountain.  The Teslasuit’s revolutionary heating and cooling elements rapid changes can be created within seconds.

Teslasuit is compatible with all of the major virtual reality systems. The company is developing even more actions and technology that can be incorporated into this next generation of virtual reality. They also have a dedicated area for VR developers looking to take full advantage of bringing the user’s body into VR.

See this amazing technology at CES 2018 in Las Vegas, January 9-12th in Eureka Park, booth #51916 and online at teslasuit.io