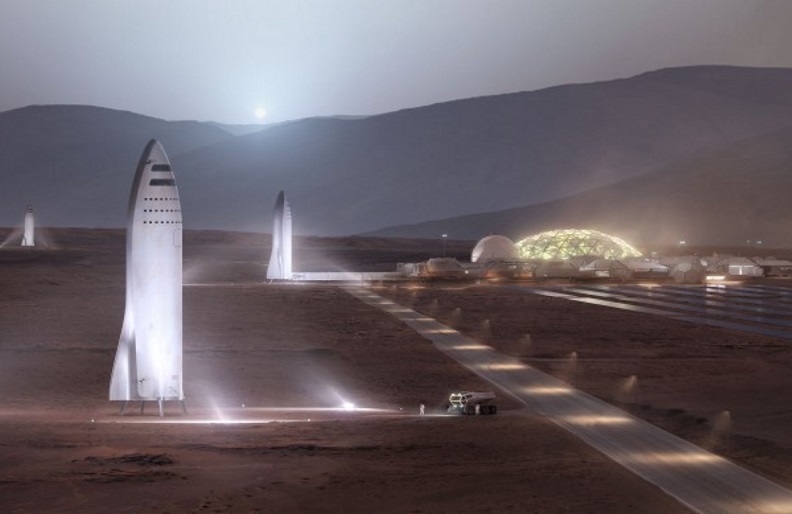 As SpaceX founder and CEO Elon Musk’s plan to erect an enclosed city on the planet of Mars to house residents crystallizes, anticipation continues to grow. The most recent development involves more information being shared about some of the more practical details of the project: what the setup will look like for the first group of inhabitants that will be sent to the Red Planet.

He joined the Mars Society’s 21st Annual International Mars Society Convention, a 4-day event that wrapped up on Sunday. Far from the makings of a basic Trekkie or techie event, the organization’s event draws participants from diverse fields, some of which include engineers, government policymakers, scientists and even reps from the aerospace industry. More importantly, as SpaceX’ ambitious 2022 goal comes closer, it is important to engage top-tier thinkers and stakeholders from every part of society.

After all, it was at last year’s International Astronautical Congress in Australia where Musk originally announced the robotic mission target for Mars, greeting the audience with words that summed up the mission of the company: “The future is vastly more exciting and interesting if we’re a space-faring species than if we’re not,” he said, adding, “It’s about believing in the future and thinking the future will be better than the past.” One Reddit user has even created a full transcript of Musk’s memorable “Making Life Multiplanetary” talk.

SpaceX Principle Mars Development Engineer and Mars Society founding member Paul Wooster spoke last Friday, providing details about the company’s BFR spacecraft: “Early on, they’re very valuable on the surface of Mars. You’d actually be having most of the ships stay and you’d be operating using the various systems on them to support the activities there,” he said, continuing, “Very much early on they’d be sitting there indefinitely.”

Among the specs of the spacecraft, which is a 2-stage full reusable launch vehicle,  there are:

– 7 raptor engines on the ship

– A payload capacity of over 100 tons

– A total of 31 Raptor engines on the booster

– A mix of methane-oxygen propulsion and advanced carbon-fiber throughout

Given Musk’s involvement in multiple initiatives and projects, some overlapping financially and logistically, as well as his high profile position, it seems it was a wise idea to have Wooster deliver the specifics about some of SpaceX’s biggest efforts last week. He spoke clearly, concisely, and eloquently, going into detail about the current status as well as present challenges.

“Beyond [the] resources for the infrastructure, we want to look at this as not just something that will be useful early on, but something that can expand out and allow you to probably go from living out of the ships, to begin with, to building a habitation and landing pads, and so on,” he shared on Friday.

Via: The Mars Society