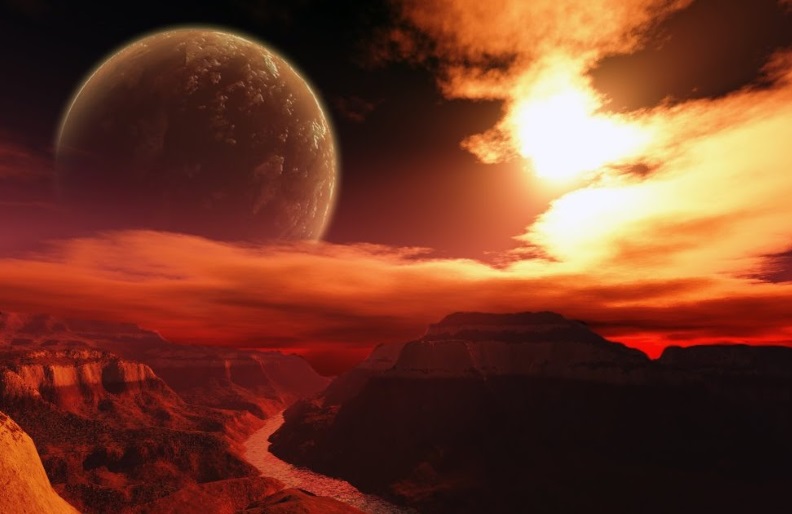 We have found water on Mars – again. Satellite data suggests there is a large lake of liquid water hidden under a thick layer of surface ice.

Although Mars is too cold for pure liquid water to survive, the Red Planet is rich in calcium, magnesium and sodium salts which lower its freezing point. These could keep water liquid at temperatures as low as -74°C.

Unlike previous findings of water on Mars, which were either frozen or highly seasonal, this reservoir appears to be permanently liquid. “It’s the only place where water persists for a long time,” says Roberto Orosei at the National Institute for Astrophysics in Bologna, Italy.

Orosei and his colleagues used the Mars Express satellite to look below the planet’s southern ice cap. The lake, 20 kilometres across and 1.5 km beneath the surface, appeared brighter in subsurface radar images than its surroundings.

The lake could potentially host life, despite the extreme cold and salinity, as microbes survive on Earth in similar conditions, says Orosei. “It is not a place where life would be expected to have an easy time, but it is possible based upon terrestrial analogues.”

Discovering the lake was difficult, because the radar detector on Mars Express proved unreliable for these kinds of measurements. The team actually had to risk reprogramming the detector’s software while it was orbiting Mars. There was a real chance of causing serious failures, but the gamble paid off, says Orosei.

After that they, had to wait for chances to observe the south pole. The satellite could only take good data when it was close to the region at night, because daylight interfered with the observations. This occurred less than 30 times in three years, but luckily for the team, that was enough to find a result.

Jeffery Plaut at NASA’s Jet Propulsion Lab in California, Pasadena, cautions that the find seems promising, but will need to be confirmed with further study. The radar images could also be explained by particular arrangements of carbon dioxide ice or very pure water ice, he says.

“If the result is confirmed, it would be the largest known occurrence of present-day liquid water on Mars,” says Plaut. “It clearly has implications for the history of climate and the possibility of habitats suitable for life.”