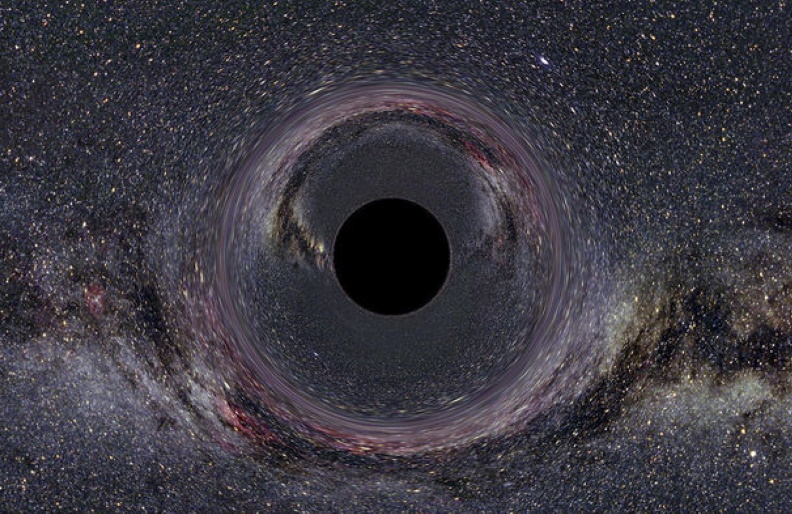 For nearly 5 years, growing numbers of scientists have blamed the weird orbits of distant solar system objects on the gravitational effects of an as-yet-undiscovered “Planet Nine” that lies in the icy realm far beyond Neptune. But a pair of physicists is now floating an intriguing idea that could offer a new way to search for the object: What if that supposed planet is actually a small black hole?

Previous studies have suggested Planet Nine, which some astronomers refer to as “Planet X,” has a mass between five and 15 times that of Earth and lies between 45 billion and 150 billion kilometers from the sun. At such a distance, an object would receive very little light from the sun, making it hard to see with telescopes.

To detect objects of that mass, whether planets or black holes, astronomers can look for weird blobs of light formed when light “bends” around the object’s gravitational field on its journey to Earth (simulated image above). Those anomalies would come and go as Planet Nine moves in front of a distant star and continues in its orbit.

But if the object is a planet-mass black hole, the physicists say, it would likely be surrounded by a halo of dark matter that could stretch up to 1 billion kilometers on every side. And interactions between dark matter particles in that halo—especially collisions between dark matter and dark antimatter—could release a flash of gamma rays that would betray the object’s presence, the researchers propose in a forthcoming paper posted on the preprint server arXiv.

The physicists will soon start to comb through publicly available data from the Earth-orbiting Fermi Gamma-ray Space Telescope, which has covered the sky in all directions since 2008. They’ll be looking in particular for groups of sporadic gamma ray flashes that would move slowly across the sky, as Planet Nine would be expected to do as seen from Earth. Although the physicists’ proposal is speculative, their search may yield all sorts of information about dark matter and the sources of gamma ray flashes—whether they lie within our solar system or far across the universe.

This article was originally published on Science