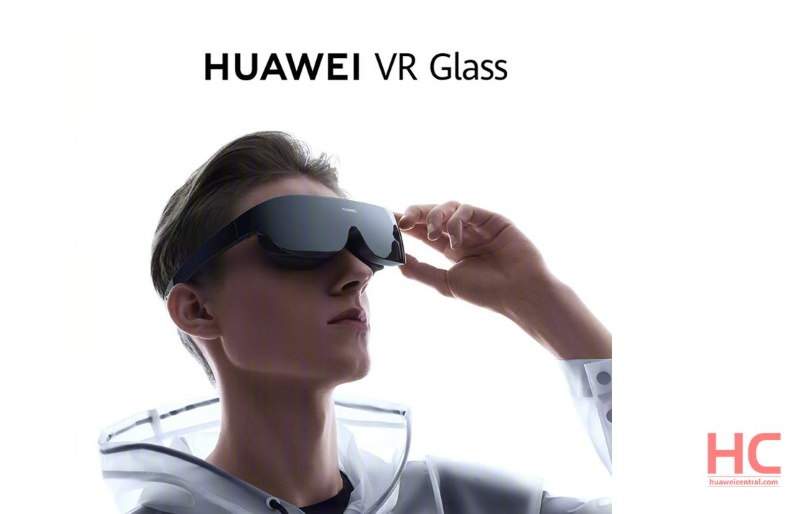 During the launch event of the Mate 30 Series on September 26 in China, Huawei announced its new Huawei VR Glass virtual reality glasses. The design is sleek and closer to that of real stylish glasses. They are also much lighter than the traditional virtual reality headsets.

The design of the Huawei VR Glass is both thin and foldable making it much easier to wear compared to the existing bulkier virtual reality headsets in the market. The light weight will also allow for the glasses to be worn for an extended duration of time without discomfort.

Huawei announced that the visual experience of the headset has been enhanced by IMAX making it a suitable headset for both VR videos and games. Huawei VR Glass costs $420 (2, 999 Yen) and officially launches in in China in December.

The Huawei VR glass is easy to wear and is ergonomically designed to snugly fit the face of the wearer. The natural leather material used in the headset is both soft and comfortable. It has a removable elastic mask magnetic suction and supports 0-700 degrees diopter adjustment so you don’t have to wear glasses if you are shortsighted. You can make the diopter adjustments for both the left and right eyes independently.

Huawei VR Glass has a Mini body which integrates a high-precision ultra-short focus optical system that also includes a 3-segment folding optical path and a 5-pixel high-precision calibration. The glasses have been manufactured in a dust free 100-grade assembly environment. It goes through a lens tube assembly process with 6 layers of precision optical coating.

The glasses have a resolution of 3200 x 1600 along with a pixel density of 1058ppi. It offers a delicate full-view HD. There is no blurring in the edge imaging and it also supports innovative dynamic rendering technology. This technology vastly improves the picture shadow and minimizes vertigo. It will also bring an impressive IMAX virtual giant screen that makes for a delightful viewing.

Huawei also supports VR phone-to-screen and VR mobile content experiences. Users can also interface it with Huawei mobile phones and watches to get virtual reality fitness data. There is a computer mode that allows users to play games with 6DoF.

The Huawei VR video platform contains more than 30,000 hours of various HD content including variety arts, IMAX, TV series, panoramic video, live broadcasts and education. There are also more than 100 games along with a huge selection of virtual reality applications.