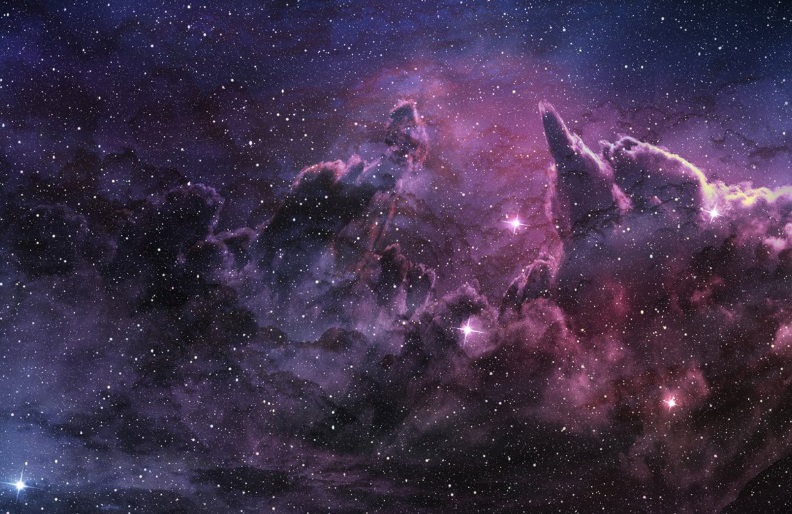 A small, faint galaxy residing some 65 million light-years away has been threatening to upend scientists’ entire paradigm of dark matter—the supposedly ubiquitous particles thought to pervade the universe like a hidden cosmic skeleton. All galaxies should be surrounded by a more massive cloud of dark matter, the thinking goes, but a team of astronomers thought they had discovered a unicorn—a galaxy where the stars and gas are the only matter there.

But the front-page discovery, published by Yale University astronomer Pieter van Dokkum and his colleagues in Nature, was not the end of the story. It generated passionate debate that erupted on social media. “It didn’t fit anybody’s expectations,” van Dokkum says. “And whenever you find something like that, suddenly you don’t have any friends.”

The debate eventually settled onto scientific journal pages, where two groups of scientists question the original claim. They argue the galaxy is actually closer than the team thought and the speeds of its star clusters had not been calculated correctly. Either possibility would make the galaxy appear more like typical ones observed in the nearby universe, implying the currently dominant view of dark matter remains the best game in town. “They might well be right, and it’s certainly an interesting galaxy that requires more study,” says Nicolas Martin, an astronomer at the University of Strasbourg in France. “It’s just that we felt, and I think it’s supported by the data, that they jumped the gun a little bit and oversold it.”

The strange galaxy, known as NGC 1052-DF2, looks like a blurry blob of light. Martin emphasizes it is incredibly difficult to reliably estimate how much mass it holds. Although most of its stars are hard to pick out, in its outskirts van Dokkum spotted 10 bright dots, spherical clumps of numerous stars called “globular clusters” that are easier to measure. Together their motions give astronomers an inkling of how much mass is present in the same way that astronomers measure the mass of the sun by how fast the Earth orbits it. Van Dokkum and his team arrived at a low mass estimate, implying dark matter cannot be contributing much, if anything, to the galaxy’s total mass.

In a Twitter thread and two months later in a more detailed analysis, Martin and his colleagues argued van Dokkum’s technique for inferring mass suffers from two problems: First, it threw out a discrepant globular cluster whose inclusion would have given a different result, and the omission seemed suspicious. Furthermore, without more data, the uncertainties are too big. In other words, it is too early to tell whether this galaxy has little to no dark matter or lots of it, they claim. The dispute turned into diplomacy at a conference in Heidelberg, Germany, last week, where both Martin and van Dokkum were invited speakers. “They took our criticisms to heart,” Martin says. “It’s not like we’re at everybody’s throats or anything.”

Van Dokkum’s team recently collected more observations that help dispel the doubts about the errant globular cluster. “We have new data showing that that [globular cluster] is closer to the other nine,” he says. “I was so relieved. That argument has mostly gone away.” But for Martin and other astronomers, the jury is still out. Elisa Toloba, an astronomer at University of the Pacific in California who also participated in that conference, happened to come out with findings on three other “ultradiffuse galaxies,” as such small, yet extended galaxies—similar to a wafer stretched to the size of a fluffy tortilla—have come to be called. “It was shocking that we’re publishing something so similar simultaneously and finding such completely different things,” she says. “I found that the dark matter content was huge.” Although Toloba’s trio of galaxies has similar sizes and brightnesses as van Dokkum’s, he and his colleagues found their galaxy has much less mass. Considering how their findings challenge the near-consensus view of how galaxies form within clouds of dark matter, Martin and several other astronomers invoked the Carl Sagan quote—“Extraordinary claims require extraordinary evidence”—and said that degree of proof remains to be seen.

Another explanation might be van Dokkum’s galaxy is not an outlier after all, and it just lies at a different distance than it seems. That is the approach taken by Ignacio Trujillo, an astronomer at the Institute of Astrophysics of the Canary Islands. The galaxy’s apparent absence of dark matter and its extremely bright and large globular clusters would seem less anomalous if it actually lived closer than expected. Trujillo and his colleagues used five independent distance measurements to argue it would be a much more normal galaxy if it is more like 42 million light-years away. “When you find such a simple explanation like a different distance explaining absolutely everything, we thought that we had a very important result,” Trujillo says. But, he adds, “I’m happy to invite Pieter van Dokkum to dinner if I am wrong.” Van Dokkum responded to Trujillo’s paper with a post on his blog, and he plans to publish another study with a more detailed explanation. He argues, if the galaxy were actually that close, individual stars would be much more apparent throughout the images from the Hubble Space Telescope.

Criticism of van Dokkum’s study came from another angle, too: dark matter critics. Advocates of “modified Newtonian dynamics” (MOND), an alternative to the dark matter hypothesis that requires tweaking the laws of gravitational theory, took umbrage with van Dokkum’s claim his galaxy’s surprisingly small mass could not be explained by MOND. Stacy McGaugh, an astronomer at Case Western Reserve University, argues they made their MOND-based calculation incorrectly. “A lot of people really don’t like the idea they could be wrong about the whole dark matter picture,” he says. “So anything that looks to be wrong with MOND they grasp at very quickly.”

All this disagreement is far from a problem—it is how science works, Martin says. “There was tension when the papers first went flying around, but science is a dialogue between different people. This is how science goes forward.” And everyone agrees about one thing: If van Dokkum’s conclusions are confirmed, the consequences would be huge. Then researchers can scramble to figure out what they are missing and how this bizarre galaxy came to exist.

This article was originally published by Scientific American