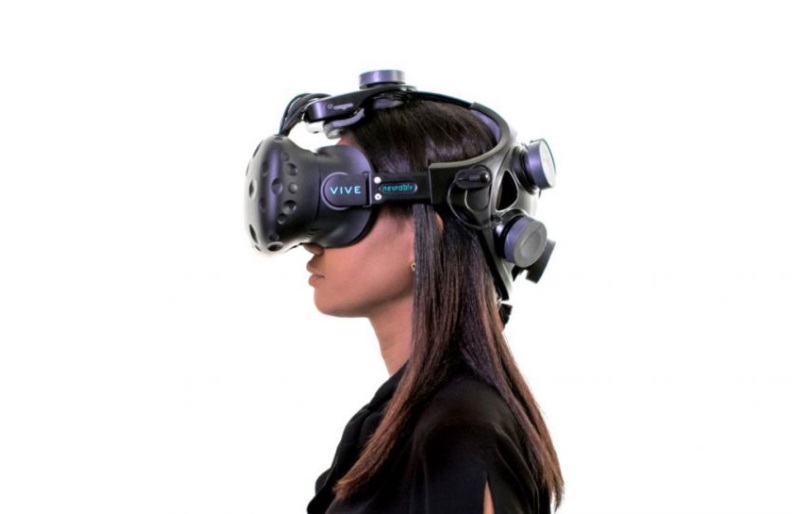 Brain-computer interfaces are a pretty incredible (if slightly unsettling) thing. The idea of a computer being able to measure your brainwaves and then act upon them feels distinctly sci-fi, but that is exactly what VR startup Neurable has accomplished.

Displaying at ‘computer graphic and interactive technique’ conference Siggraph in Los Angeles, the Neurable headset allows users to select from a number of objects hovering in front of them in a VR environment using nothing more than thought.

This is accomplished through the use of an upgraded headband for the HTC Vive that has a number of sensors that monitor brain activity. The user is shown a collection of images, has to choose one of them, and then from measuring the brain activity as each object flashes, the correct object floats towards the user.

The force is strong with this one

After this calibration, the headset then has eye-tracking activated, and a game begins that is an ‘escape the room’ style challenge called Awakening. According to a blog post from Neurable:

“Awakening is a futuristic story reminiscent of Stranger Things: you are a child held prisoner in a government science laboratory. You discover that experiments have endowed you with telekinetic powers. You must use those powers to escape your cell, defeat the robotic prison guards, and free yourself from the lab. The game allows you to manipulate objects and battle foes with your mind, and is played entirely without handheld controllers.”

If you’re anything like us you’re probably thinking that it’s all well and good for a company to claim these things, but it’s a different thing to actually make it work. Well, it seems that it does work.

Ian Hamilton from UploadVR went to the demonstration to try it out, and found that: “I was told to just think of the object I wanted. I tried not to stare directly at the object I wanted but five out of five times the correct object was picked as I thought about it.”

Moving on to the game, he found that he was able to lift object by just thinking the command ‘grab’ and then throw them at the killer robots.

Being able to have the telekinetic ability in games is obviously very cool, but Neurable see a practical use for this too: “The best solution is a brain-computer interface that allows users to scroll menus, select items, launch applications, manipulate objects, and even input text using only their brain activity.”

As this is just a startup displaying a proof of concept, there’s no immediate timeline for the device coming to market, but as always we’ll let you know more as soon as we do.