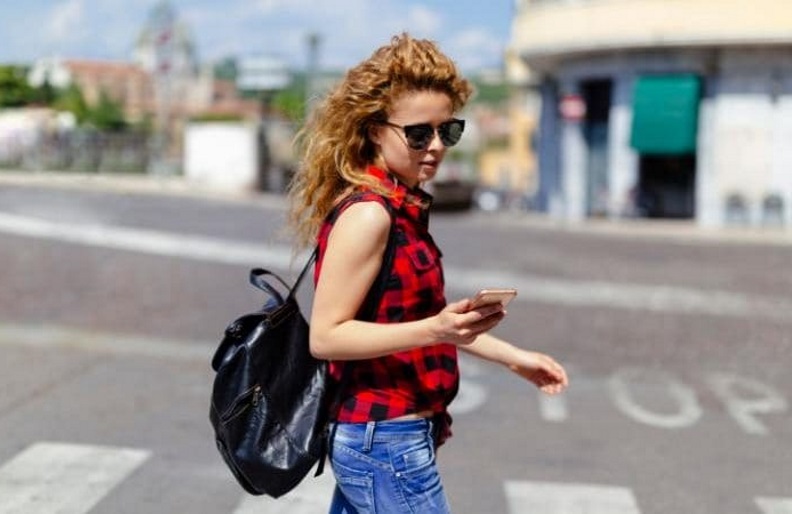 Pedestrians who look at their mobile phones while crossing the road in Honolulu face fines of up to $99.

The measure to tackle the problems of “distracted walking” will come into force in October.

It will apply to the island of Oahu, which is home to 80 per cent of the state’s population.

Most states in the USA ban texting while driving. Honolulu – which has a population of around a million – will be the first to penalise pedestrians who cross the road while staring at their smartphones.

Pedestrians will still be allowed to make and receive calls, because it is assumed that they are looking where they are going at the same time.

Although Hawaii is breaking new ground, there is growing concern at the potential dangers of distracted walking.

As far back as 2013, a study appeared in the Journal of Safety Research called “Ambulatory cellphone injuries in the United States: An emerging national concern”.

It noted a rising number of distracted pedestrians being injured – with 1,500 being taken to Accident and Emergency in 2012.

The threat was highlighted at a conference held by the US National Highway Traffic Safety Administration last year.

“I sponsored this after it was brought to my attention by local high school safety clubs,” Brandon Elefante, a member of Honolulu City Council, told the Telegraph.

“I felt this was a way in which we could address this growing problem of people who don’t pay attention while crossing the street.

“There has been some resistance from those who think this is government overreach and whether it is enforceable.

“But we have been working with the police to ensure it is enforceable.

“In the end, you can’t put a price on somebody’s life, this is a matter of public safety.”