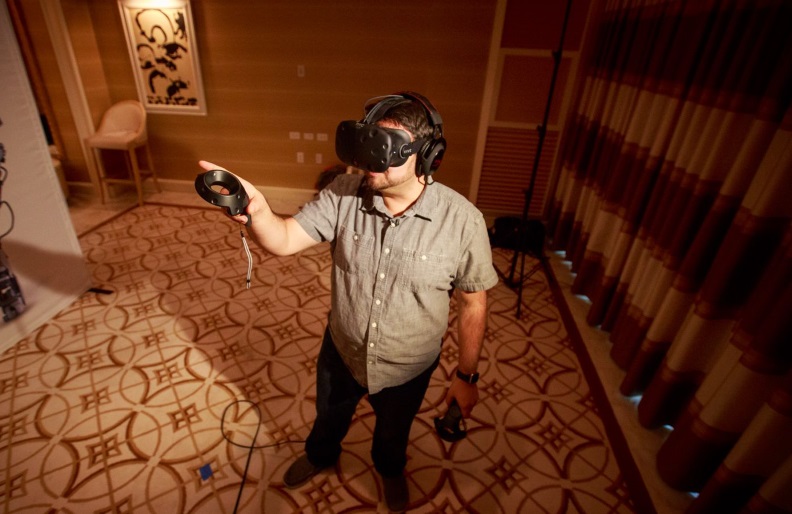 A man in Russia met his demise when he got into an accident while playing a virtual reality game. Are there other dangers related to VR technology?

Reports from Russia state that a 44-year-old man was found dead in his apartment as a result of a VR-related accident last Thursday. The man who remains unnamed was evidently wearing VR goggles and playing a game in his home when he slipped, fell on a glass table, and cut himself. According to the country’s Investigative Committee, the man’s cause of death appears to be blood loss.

According to another report, it is possible that the game he was playing was not properly mapped to his apartment, resulting in the fall and his eventual death. His body was discovered by his mother when she came to visit his apartment in Moscow. While his death is currently believed to be an accident, authorities are still conducting further investigations.

VR goggles have been around for a while now and walking into walls is still pretty common. Though smaller, less harmful incidences are perhaps nothing to worry about, the incident in Moscow is a disturbing example of what could happen while using the device.

Still, it’s likely that this incident is an isolated and quite unfortunate accident. That said, there are other not-so-pleasant side effects of VR technology that people may want to know about.

Virtual reality sickness, also called cybersickness, is a side effect experienced by some VR users. Its symptoms include nausea, motion sickness, disorientation, headaches, and vomiting. It is believed to be caused by a conflict in the brain wherein the visual and auditory senses see and hear apparent movement, but the inner ear does not feel the motion.

Because of this conflict, the brain assumes that the person is hallucinating after ingesting a toxin and signals the body to expel the substance. This is said to be more likely among children between two and 13 years old, which is why most VR units are advised only for individuals over the age of 13. So far, VR manufacturers have been trying to reduce this effect with the help of more developments.

In 2014, UCLA researchers measured the brain activity and behavior of rats in virtual and real environments and found surprising results. Results of their experiment showed that even if the rats appeared to behave normally in the virtual world, their hippocampal neurons fired randomly as if not knowing where the rat was. What’s more, half of the neurons that are active in the real world seem to completely shut down when in the virtual world.

Naturally, this doesn’t automatically translate to the human brain, but it does pose a question as to how VR technology could affect the brains of its users.

“The neural pattern in virtual reality is substantially different from the activity pattern in the real world. We need to fully understand how virtual reality affects the brain,” said Mayank Mehta of UCLA, senior author of the paper published in the journal Nature Neuroscience.