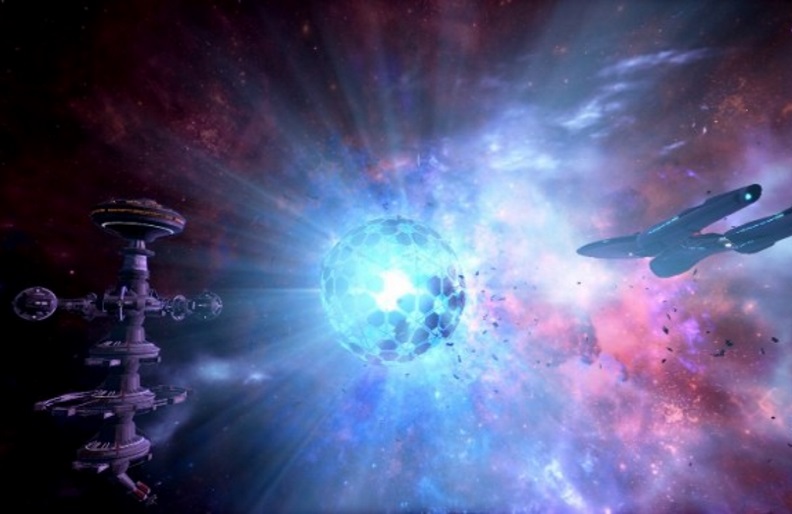 Ubisoft’s Star Trek: Bridge Crew is no longer VR-centric following an update that removed the need for a virtual reality headset to enjoy the title.

Game developer Red Storm, a Ubisoft division, has released an important game patch this week that effectively opened up the Bridge Crew to greater number of gamers. When the free update is installed, the use of VR hardware will be downplayed as an important component of the game.

“Using a controller or a mouse and keyboard, players with and without VR headsets can be seamlessly matched together to pilot the U.S.S. Aegis (or U.S.S. Enterprise NCC-1701) as Starfleet officers, or play alone as captain,” Ubisoft announced in a news update.

Also stuffed with the Bridge Crew software bump are significant feature expansions, and among them is the ability “for players to explore uncharted space.”

Seamless Gameplay Across All Platforms

With the system jump, Ubisoft said Bridge Crew now boasts of a more exciting gameplay that is ready to deploy on popular platforms. Players on PlayStation 4 and Windows PC are welcome to occupy the driver’s seat of a Federation starship and explore the unmapped universe, all these without having to gear up on VR game requirements.

Also incorporated with the game update is enhanced support for Windows Mixed Reality, the chief design of which is to add “more options for players to explore uncharted space.” Ubisoft said more of the additional game features, including on this subject, will be discussed in upcoming blog posts.

In addition, an accompanying video teased the bump up on graphics that Red Storm said will surely draw in more crowd to Star Trek: Bridge Crew. The game studio said the enhancements are meant to attract new players coming from the VR platform.

Cross-platform gamers are also in for a treat, as Red Storm said that players on PC with high-end specifications can surely relish the Bridge Crew graphical improvements. This is especially true when the game is played in the VR mode, the game studio hinted.

Pros And Cons Of The Game Update

The latest move by the Bridge Crew developer is seen to eliminate one key element of the game that will disappoint VR followers. It is confirmed the Star Trek title will be ditching its immersive game feature, but a return to conventional gameplay has its undeniable benefits.

For one, Bridge Crew is now ready to play without high-end VR headsets such as the HTC Vive or Oculus Rift. This translates to a gaming experience that demands no extra cost and something that many in the Star Trek gaming crowd are more than happy to embrace.

This article was originally published by TECH TIMES.