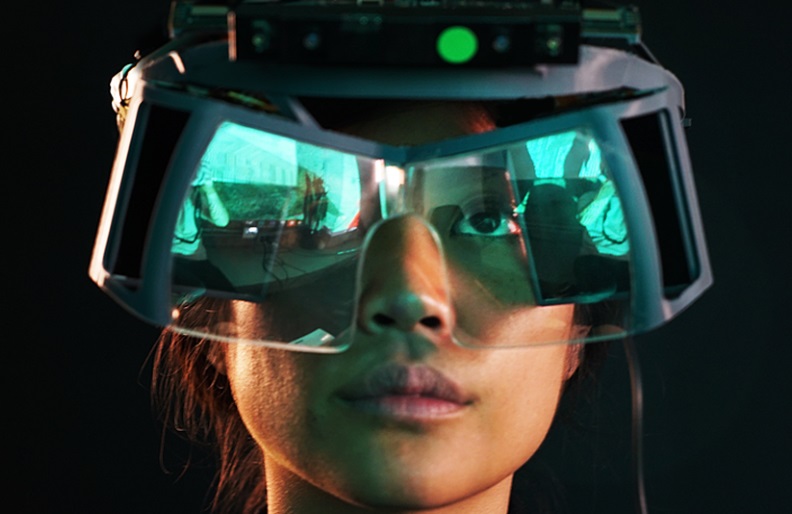 Although rather than selling the headset directly to consumers the company is planning to release the necessary hardware specifications and software under an open source license next week. Explaining “we hope that these designs will inspire a new generation of experimental AR systems that will shift the conversation from what an AR system should look like, to what an AR experience should feel like.”

Dubbed Project North Star, the headset consists of two “ultra-bright, low-persistence” 1600 x 1440 translucent displays running at 120 frames per second, and enables displays to reflect light onto the visor providing a perceived transparent overlay for AR applications. Leap Motion explains that the field of view is 95 degrees high and 70 degrees wider than most AR systems currently available and is capable of tracking hand motion across a wide field of view, 180 degrees both horizontal and vertical.

Video clips show the North Star system accurately and quickly tracking the motion of an entire hand and all of its joints, as well as allowing standalone digital objects to be manipulated in 3D. Another clip shows user interface “tabs” remaining attached to moving limbs. It’s expected that a connected PC will create all of the visual elements.

Over the last few weeks, Magic Leap creative director and vice president of design Keiichi Matsuda has been posting tweets of AR using advanced hand-tracking, and now we finally know why.

This doesn’t appear to be competing with larger experiences like Microsoft’s Hololens, but instead meant for smaller, more intimate AR experiences. You can see the full technical specs (and they get deep in there with the design) on Leap Motion’s blog.