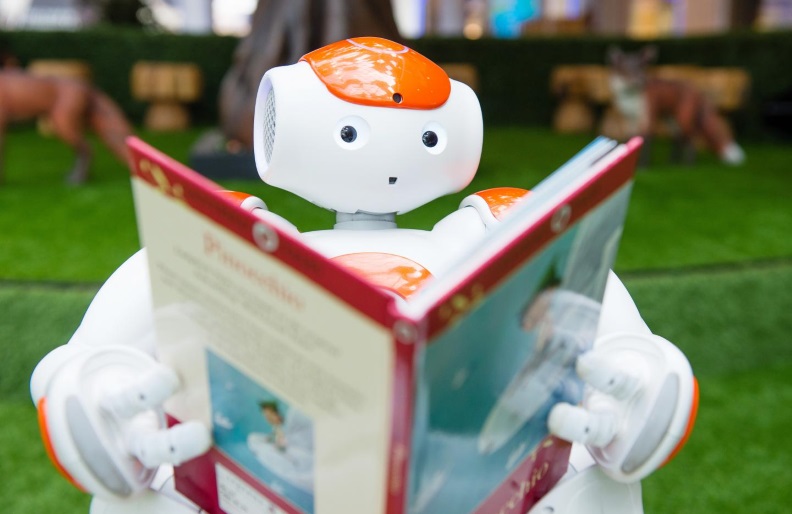 Microsoft’s artificial intelligence also beat humans, scoring 82.65 on the exam. But its results came in a day after Alibaba’s, meaning China holds the title as first country to create automation that outranks humans in written language comprehension.

“It is our great honor to witness the milestone where machines surpass humans in reading comprehension,” said Luo Si, chief scientist for natural language processing at the Alibaba institute. “That means objective questions such as ‘what causes rain’ can now be answered with high accuracy by machines.”

China has made it a national imperative to become the world leader in artificial intelligence by 2030. Earlier this year, the Chinese State Council released their “New Generation Artificial Intelligence Development Plan,” encouraging companies like Alibaba, Tencent Holdings and Baidu to work toward developing automation that can read, write and drive cars. Beijing believes that these developments are the key to global economic domination and national security.

Investors in the United States are also pouring money into robotics and automation. But in terms of investment and governmental support, China leads the race.

Alibaba’s latest network attempts to recreate natural human language to comprehend both single words and full sentences. Stanford’s exam, based on more than 500-Wikipedia articles, asks the machines to take in a large amount of information then answer precise questions about the details.

The idea is to use these machines for social media and direct advertising. But experts believe such technology can also analyze complex social and political issues, like conflict over limited resources and disagreement over policy. It’s possible, in other words, to imagine a world where politicians from opposing parties use AI to create perfectly negotiated and compromised bills.

For now, though, the neural network models will be used in a customer-service capacity.

“The technology underneath can be gradually applied to numerous applications such as customer service, museum tutorials and online responses to medical inquiries from patients, decreasing the need for human input in an unprecedented way,” Luo said.