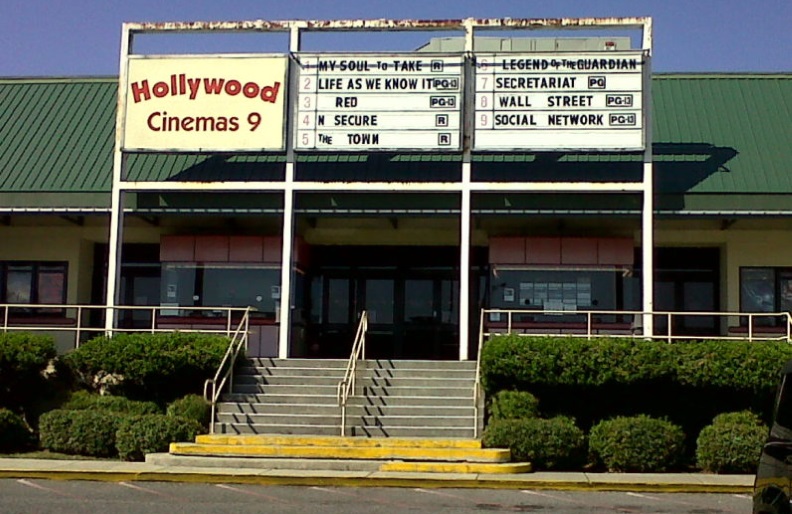 Movie theaters are struggling to stay alive because popcorn costs more than admission, Netflix exists, and no one wants to be surrounded by strangers. The alternative?

Before you start laughing: there’s actually a small team working at the Oculus Story Studio dedicated to developing ideas around virtual reality in movies. Its first big project was “Lost,” an immersive eight-minute movie in which the viewer is transported to a mysterious forest where they meet a mysterious robotic creature. The film directed by former Pixar animator, Saschka Unseld, was praised by tech enthusiasts as “the future.”

And Oculus isn’t alone in working on VR content that could provide a better-than-theater experience.

We’re still in the early days of the VR boom, but the idea that futuristic content you view through a headset could one day prove more appealing than shelling out $10 for popcorn at your local theater isn’t really that far-fetched.

I’ve watched a few short films on the Samsung Gear, and it’s the ideal way to consume visual content. The headset acts as a personal IMAX. Why drive to the nearest theater when you can watch the same movie in your bed?

We’re living in the age of instant gratification, and will always opt for convenience. In this case, strapping on a VR headset instead of making a trip to the movies.

Theater goers can’t personalize their viewing experience, which is something people inherently want. The sound is stuck at a deafening level, seats are limited, and you can’t pause the movie when you need to pee.

With a VR headset, viewers can move the screen, change the size of the screen, adjust the volume, and even choose the landscape in which they’re sitting.

The coolest viewing experiences movie theaters offer are IMAX and 3D. IMAX meets viewers’ basic expectations but the “awesomeness” of 3D is actually miserable. The glasses never fit right and cause irritation throughout the film.

Last year, 3D movies were down 8 percent from 2015. Needless to say, people won’t be lining up to catch the latest blockbuster for an extra four bucks.

On the other hand, VR delivers refined graphics, an experience very similar to a standard theater. Achieving theater-like sound isn’t a problem either as long as you have good over-ear headphones.

And although there have been many complaints about poor image quality, it will only get better. In fact, Samsung is rumored to be working on a 4K screen, which would be able to render 360-degree video at 8K, the current highest resolution in digital cinematography.

If theaters want to keep their doors open, they’ll need to capitalize on experiences, not movies. Until then, virtual reality will slowly creep into the industry.

This article was originally published by TNW. Read the original article.