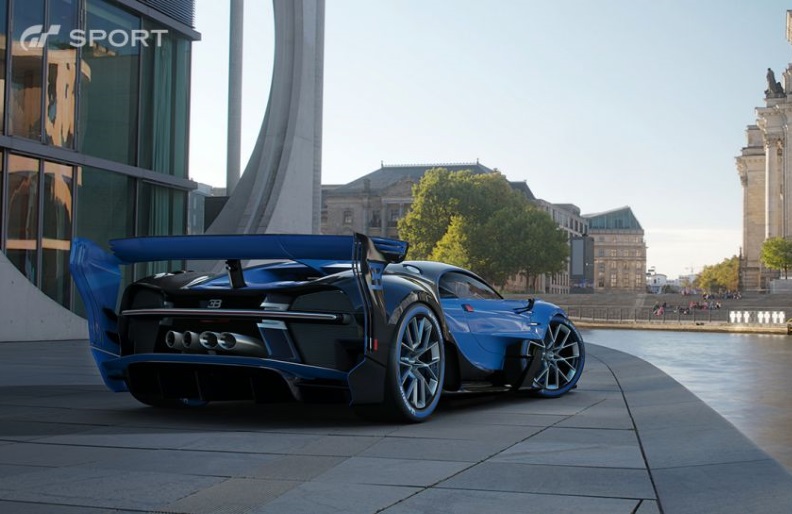 The racing genre is perhaps one of the most well-suited to a virtual reality conversion, letting you virtually sit behind the wheel of cars that’d usually cost you a decade’s salary. Which makes the latest PlayStation VR bundles so exciting.

While stocks last between October 18 and October 31, Sony will be offering up a new PlayStation VR ‘Starter Pack’ that not only includes the PlayStation camera, VR headset and introductory VR Worlds game, but a free copy of Gran Turismo Sport too, all for £349.99. Considering the headset alone will cost you £339.99 at Amazon currently, that’s quite the offer.

Once the GT Sport deal expires, retailers will continue selling the new bundles, and some will also be offering the individual components in their sold-separately packaging for the same price as the bundle. PlayStation.com/PSVR has all the nitty-gritty details.

With Gran Turismo Sport’s VR mode one of its best features (and one of the best VR racing experiences, period), it’s a great way to show off the VR gear to your mates.

If you’re still not sold on the concept though, Sony’s also doing a regional tour around the UK to show off what PlayStation VR is capable of. You can check out where the roadshow is stopping off, and when, using this handy map.

It’s roughly a year now since the PlayStation VR first went on sale, and it’s enjoyed the most success of any of the big three headset manufacturers (Oculus Rift and HTC Vive being the rivals). A new version of the headset is in the works, slightly modified to make use with a HDR TV more convenient.