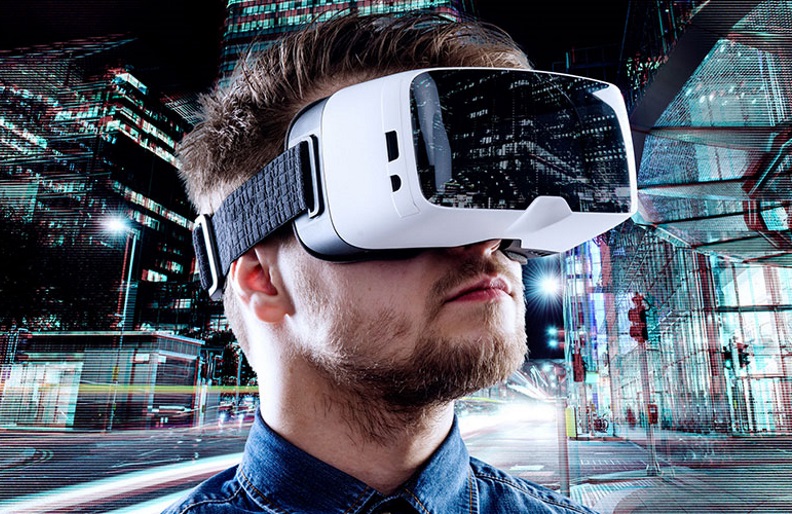 When HTC Vive and Facebook (NASDAQ: FB) Oculus Rift were launched it was virtual reality’s first real step into the mainstream. VR headsets required expensive computers, a large amount of space, and some technical know-how, but it was feasible to have a high-end VR headset in your home for the first time.

2018 will likely mark another important step forward for VR technology. Facebook’s recent presentation previewing new Oculus products gave a small insight of what consumers and developers are in for.

Virtual Reality from inside out

Today’s Rift and Vive headsets are built on what’s known as outside-in tracking technology. Sensors on the outside of the headset “watch” the headset and allow the system to orient and position a person’s head and hands in the virtual universe. The result is an accurate VR experience in a defined space seen by the sensors. Step outside that space and VR no longer works.

Inside-out VR technology will likely be the future and that’s what Oculus’ Santa Cruz, as the product is codenamed, is built on. The headset itself has the sensors and looks at the environment around it to place the user in a virtual environment. The space you could do VR with inside-out is theoretically infinite.

Not only is the headset un-tethered, the controllers don’t need to be tethered either. They can be “seen” by the headset when users are playing games or using other functionality, just like in an outside-in VR system.

Un-tethered VR headsets are the future, so it’s likely HTC, Microsoft (NASDAQ: MSFT), and other high-end hardware companies will eventually use similar technology. But this is the first major hardware announcement with advanced VR that doesn’t need to be connected to a PC.

What’s next for Virtual Reality?

Un-tethering VR headsets is a huge advancement for Facebook and when it’s launched sometime in 2018 as it will make VR much more attractive to consumers. But it’s just the first step to VR that’s advanced enough to wow consumers.

For gaming, I think untethered headsets need to be able to be multi-player, ideally with up to four players. Gaming by yourself is fine, but experiencing a virtual world with your friends would take the experience to the next level.

Facebook is also trying to make VR a social experience with users entering the same virtual world without being in the same room. That will take a platform that can handle thousands of users and very high-speed bandwidth. If VR companies can make VR social it could open up a world of possible use cases for the technology.

This article was originally published by madison.com