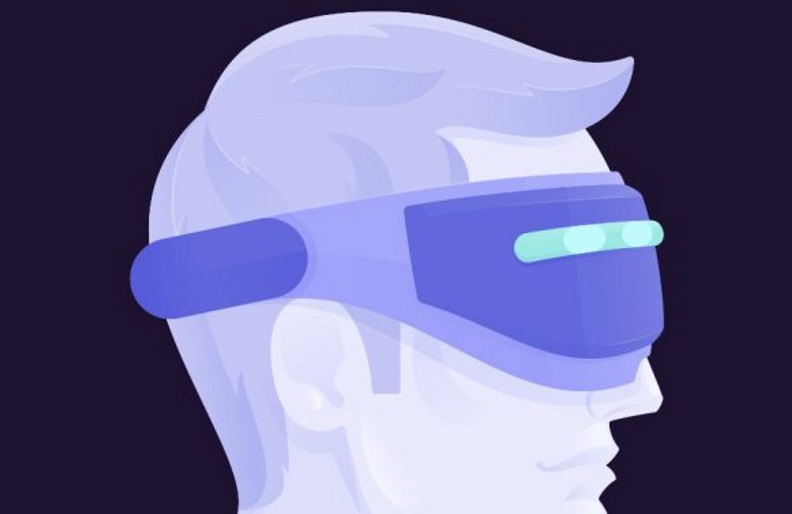 With a twist: “Conundrums” is being produced entirely in virtual reality, with actors and other celebrities joining Slate Culture Editor Dan Kois in the virtual world with the help of more-or-less lifelike avatars.

First up Thursday is Carrie Preston, who is known for her roles in “True Blood” and “The Good Wife.” Kois will spend some 25 minutes quizzing her on a series of conundrums. Is it better to have loved and lost, or not loved at all? Should one fight one horse-sized duck, or 100 duck-sized horses?

Preston will have one minute for each of these questions, and the Facebook Live audience will be able to chime in with real-time comments. Oh, and there may be virtual beer drinking in a nod to series sponsor Sixpoint Brewery.

A reality check for virtual headsets

“Conundrums” is the first professionally-produced Facebook Live show of its kind to make use of Facebook’s social VR app Spaces as a production environment. Facebook officially launched Facebook Live streaming for Spaces Wednesday, initially billing it as a way for owners of the company’s Oculus Rift headset to reach more of their friends on Facebook, even if these friends don’t own VR headsets yet.

Slate editor in chief Julia Turner told Variety this week that the publisher had been thinking about using VR for a live show for some time. “We‘ve been looking at VR as a medium for journalism for the past several years,” she said. However, most VR journalism is focused on empathy-inducing documentaries, something that didn’t quite gel with Slate’s opinion-focused brand.

Instead, Slate was looking to do something closer to what it has done in the podcasting space, said Slate Director of Product David Stern. “What you get in VR is in many ways very similar to what you get in podcasts,” he said, arguing that both mediums could offer a direct and immediate connection to interviewers and their guests.

Initially, Slate was toying with the idea of building its own VR-based video production environment. But when Facebook first previewed Spaces last year, the team quickly realized that this would be a much better option.

Of course, one could conceivably also produce a show like “Conundrum” with a Skype or Facetime chat. But Turner argued that the result wouldn’t be the same without VR. “It creates a kind of intimacy that feels very different from a video call,” she said. “It feels like you are in a new space together.”

Kois will make use of some of those features to keep his guests on their toes, and Turner said that the medium itself is supposed to keep the show playful and fun as well: “VR brings out the kid in everyone.”