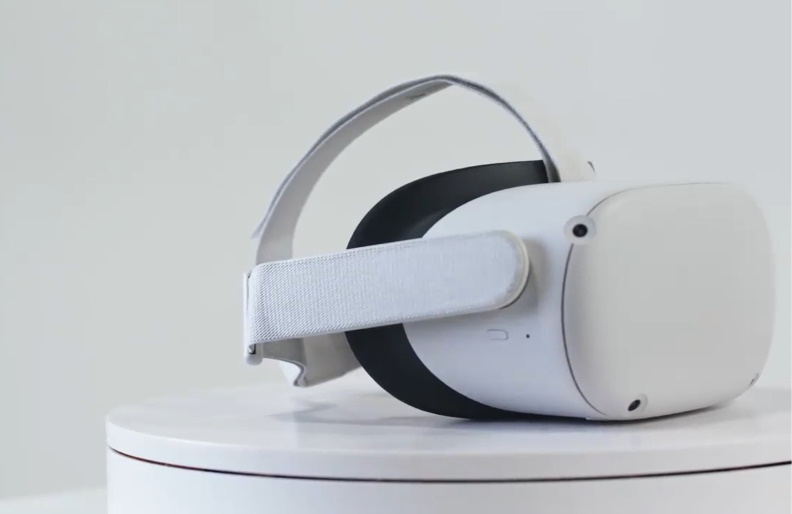 Facebook has inadvertently revealed key information about its next VR headset, the Oculus Quest 2, ahead of an expected unveiling at the Facebook Connect conference later this week.

As discussed in videos posted briefly on Facebook’s Blueprint e-learning platform (and since archived on YouTube), the Oculus Quest 2 is presented as more of a spec upgrade to the existing Quest than a completely new generational split. The standalone headset, which doesn’t require external sensors or processing hardware, will play all original Quest games, according to the video. The Quest 2 can also display VR games running on a Windows PC via Oculus Link, just like the original headset.

The Quest 2 sports a SnapDragon XR2 processor, according to the videos, a significant upgrade from the Snapdragon 835 that was adapted for the Quest from mobile phones. Chipmaker Qualcomm says the XR2 can provide two times the CPU & GPU performance, four times the pixel throughput, and 11 times the AI operations per second, compared to the 835.

That extra power goes in part toward an “almost 4K display” on the Quest 2 with nearly 2K resolution per eye, according to the video. That’s a nearly 50 percent increase in raw pixel count over the original Quest, making it “the highest-resolution headset we’ve ever made).

The new headset also sports an upgrade to 6GB of RAM (up from 4GB on the original) and will come in configurations with up to 256GB of storage. The head strap has been redesigned as a “new soft-touch strap” while the Oculus Touch controllers have been “updated with new ergonomics,” according to the videos.

While the Facebook leak didn’t specify a price, Walmart listed a condenamed “Oculus Point Reyes” headset at $399 for the 256GB storage option earlier this month.