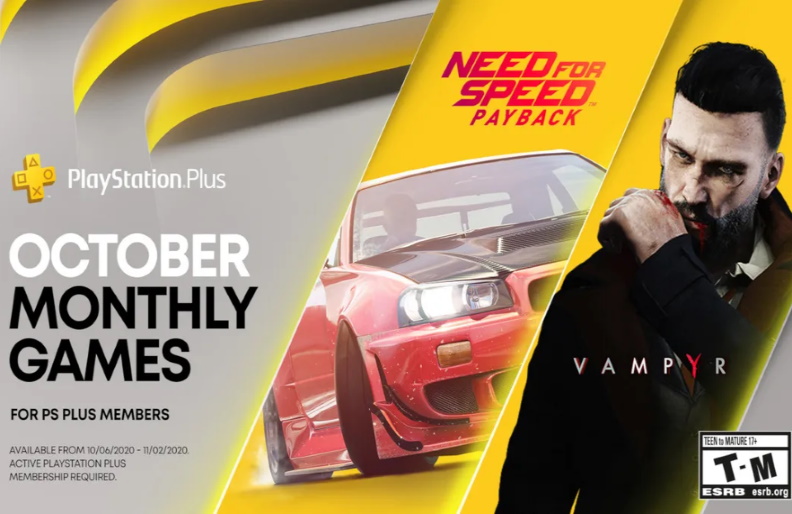 PlayStation has revealed the next pair of free PS4 games for PlayStation Plus subscribers. Starting October 6, members can snag Vampyr and Need for Speed Payback. Before October’s freebies take the stage, make sure you have September’s free games, Street Fighter V and PlayerUnknown’s Battlegrounds, in your library.

Developed by Dontnod Entertainment–the studio behind the Life is Strange series–Vampyr is an action-RPG that flew under the radar when it released in 2018. You play as Dr. Jonathan Reid, a man who took a Hippocratic oath to help the citizens of London but now finds himself a newly turned vampire. This understandably creates a moral dilemma, and there’s also a widespread influenza outbreak that is threatening the population. Your choices in Vampyr truly matter, altering both the gameplay and the story. It earned a 7/10 in GameSpot’s Vampyr review.

Racing fans can pick up Need for Speed Payback, the 2017 entry in the long-running series developed by Ghost Games. Payback is set in an open-world environment based on Las Vegas. Payback has both online multiplayer and a single-player story mode featuring three playable characters with differentiated skills. It has more than 70 vehicles to race with. While Payback is definitely one of the more underwhelming entries in the series–it earned a 5/10 in our Need for Speed Payback review–now you can check it out for free.

For those who are planning on upgrading to the PS5, PlayStation Plus will soon have a new perk. Sony recently announced the Plus Collection, which will give PS5 users access to a library of PS4 games for free. The Plus Collection will feature God of War, Bloodborne, Ratchet & Clank, Persona 5, and a bunch of other popular PS4 games.