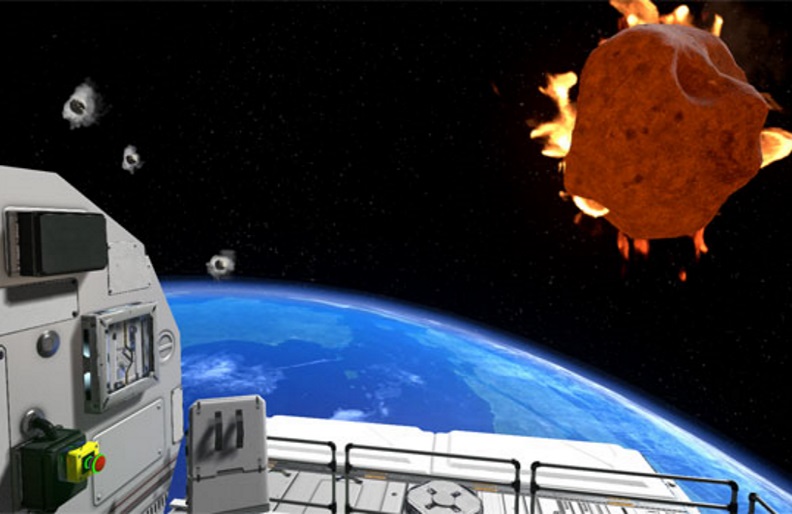 Fifty years ago, good, clean, social entertainment usually entailed playing cards or board games with a handful of friends. Computing technology was just being revealed behind industry doors and it would be another decade before it began infiltrating our day-to-day lives. The concept of virtual reality was only percolating in the minds of an exceptional few.

Video games turned the world of entertainment on its head and despite the evolution of graphics and technological abilities, we remained separated from the action, engaging simply as a director of it from afar.

Today, you are the game. Virtual reality (VR) provides users with an immersive experience where you see, touch and hear everything in the manufactured environment of your choice. And thanks to Edmonton brothers Nathaniel and Alex Rossol, you no longer need to be alone in this wild new virtual world.

While the ability to plug into a virtual game and find others, possibly plugged into another computer on the other side of the world, Nathaniel and Alex have gone a step beyond and created technology that allows a group of people in the same room to interact physically and have those physical actions translate directly to their virtual world.

“Kind of like the holodeck in Star Trek, if you know that,” says Nathaniel, who received his PhD in computing science from the University of Alberta two years ago. “In my thesis I studied sensors for tracking human motion, which is 90 percent of what the challenges in VR are, so this was closely related in a lot of ways.”

Alex, who also graduated with a computing science degree from the U of A, says they grew up playing a lot of board and video games and he often tagged along with Nathaniel’s endeavours modifying the digital games. Keeping his ear to the ground with the evolution of VR technology, Nathaniel caught wind of the Oculus Rift headset—a first of its kind—and as the initial development kits were being rolled out in 2015, convinced Alex they should buy one to explore the technology.

“We purchased the kit, upgraded the computer and after I tried out VR for the first time, I thought, ‘Oh, this is a game changer.’ There’s something quite immersive with the VR, technology hasn’t been like that before,” says Alex.

It’s the collaborative ability to interact with others and have it all translate into a virtual experience that the brothers explored and eventually finessed with Hospital of Horrors, a two-player virtual haunted house, which isn’t a game at all.

“That was a challenge to overcome initially. In the early playtests, people would be like, ‘Oh, I’m not sure I did well,’ or ‘I’m not sure I figured it out,’ but no one says that about a normal haunted house. You don’t say, ‘I did bad at that haunted house,’ says Alex.

The brothers took their newly developed technology to eHub, the entrepreneurial centre at the U of A, where they met Tom Viinikka, an early BCom and MBA alumni working with the mentorship program there.

“This one was by far the biggest market, the farthest reaching and that’s what was also very interesting to me is that it was really new, cutting-edge technology and really big opportunities. And then, I liked them quite a bit too,” says Viinikka who founded vrCAVE with the brothers about 18 months ago.

Using feedback from Hospital of Horror, Nathaniel and Alex started work on Space Station Tiberia, a longer, more collaborative escape room game that allows four players to engage at a time. Connecting people rather than leaving them to the easy solitude VR presents, was a key component of the development, along with ensuring VR sickness—something all three have experienced— was avoided at all costs.

“VR sickness is believed to be a form of motion sickness, so a game where you slide around using joystick controls or those kinds of things, that’ll make you sick right away. That or really the cheaper quality headsets that have a lot of latency. You move your head in reality, but it takes awhile for the visuals to catch up,” says Nathaniel.

With the technology in place, vrCAVE partnered with SmartyPantz Escape Rooms downtown and Space Station Tiberia debuted to the public last month, with a Calgary unveiling before summer is out. The team is in talks with another chain of escape rooms on the west coast, but have also been working on new material.

Hospital of Horrors has an upgraded version that is “a little tighter, a little more polished,” says Alex, and will be rolled out later this year. The brothers are in the planning stages using feedback theme ideas from early playtests of Space Station Tiberia.”

This article was originally published by VUE Weekly.