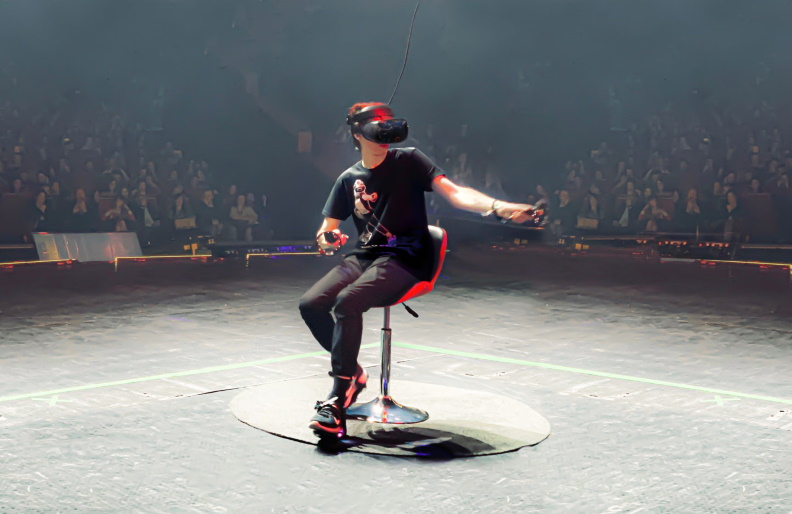 Pre-orders will be available soon as part of the official Kickstarter campaign.

The Oculus Quest 2 has finally arrived and so far we’re loving Facebook’s new-and-improved standalone headset. Despite having released just a few days ago, we’re already beginning to see a healthy lineup of Quest accessories begin to hit the market, from VR-focused headphones to premium facial interfaces. Now it appears as though we can add foot tracking to the list.

Cybershoes, the world’s first shoes for walking and running in VR, has revealed a wireless version of their VR footwear that works with the Quest 2 as well as the original Quest. The device was previously only available as a wired model for PC VR headsets.

Cybershoes works much like the Oculus Quest 2 Touch controllers. The slipper-like devices connect to the Quest 2 VR headset via Bluetooth and analyze your movements in real-time using an inside-out tracking system. By placing them on your feet, your headset is able to track motion much like the hand controllers. Sitting in a swivel chair (I recommend having a carpet underneath you) and sliding your Cybershoes forward and backward as if you were walking or running allows you to control the direction and the speed of your own movements in VR.

No more teleportation or artificial locomotion; all of your movements are replicated in-game, resulting in more immersive and physically-engaging VR experiences.

In an official press release, Michael Bieglmayer, CEO of Cybershoes said, “Movement and locomotion have been a consistent issue in VR gaming. The main movement mechanics available today – smooth movement via joystick or teleportation – can be jarring and lead to motion sickness,” Bieglmayer adds, “By translating natural movement to in-game motion, Cybershoes addresses motion sickness while increasing immersion, activity, and enjoyment.”

No word on the cost of the wireless version of the Cybershoes. The current wired version costs $269. Meanwhile, Virtuix has unveiled a VR treadmill priced under $1000, but it’s a relatively large device that will no doubt consume a decent amount of floor space.

Wired Cybershoes currently support a variety of titles, such as Spider-Man, Half-Life: Alyx, and Skyrim VR just to name a few. The company has also announced that they have partnered with VR game developer Vertigo Games to integrate wireless Cybershoes into their zombie survival game Arizona Sunshine.

“It is one of our core values to allow players to fully customize their preferred way to play,” said Richard Stitselaar, Managing Director at Vertigo Games. “We have a few people in our office who are sensitive to motion sickness so we take comfort very seriously. Arizona Sunshine already supports a wide range of comfort options and Cybershoes provides an intuitive way to bring the player’s physical motion into the game, allowing our players to experience VR however they like.”

This could be the start of a very exciting partnership between the manufacturer and developer; hopefully, we’ll see more developers begin to integrate Cybershoes into their games and apps over the coming months.

Wireless Cybershoes will be available for pre-order via an official Kickstarter campaign. Tech-savvy tinkerers can begin playing with the SDK today.

Stay informed with Cybershoes by following them on Twitter at @CybershoesVR.

This article was originally published on VRscout by Bobby Carlton