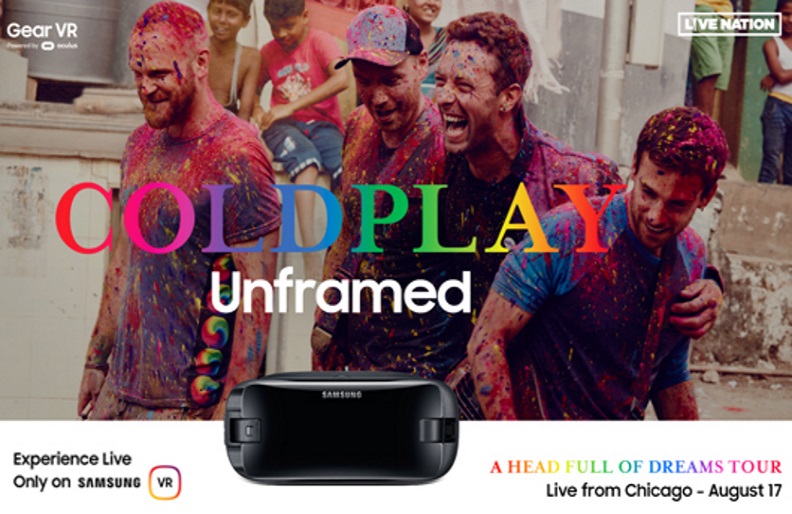 Coldplay Virtual Reality Live Steam by Samsung Gear VR : Samsung America and Live Nation will broadcast Coldplay’s ‘A Head Full of Dreams Tour’ live in virtual reality from Chicago’s Soldier Field for the first time ever. Coldplay fans around the globe will be transported to the best seats in the house to experience the band’s electrifying performance in breathtaking Virtual Reality. The Coldplay live broadcast will be available on Samsung Gear VR powered by Oculus through the Samsung Virtual Reality service on August 17, starting at 8:30 pm CT. Coldplay’s A Head Full Of Dreams Tour, produced by Live Nation, is the No. 5 highest grossing tour of all time, according to ticket sales data. Launching in March of 2016, The Coldplay’s Live Tour has welcomed more than 5 million fans.

Coldplay Live Tour in VR
From the pyrotechnics, to the laser lights and the phenomenal set list, Samsung Gear VR users in more than 50 countries will be able to experience the magic of Coldplay’s Live performance from a totally new perspective at no additional cost.

Coldplay fans will need a Gear VR headset with a compatible Samsung Galaxy smartphone, and navigate to the Samsung VR service. A Coldplay concert replay will also be available on Samsung VR for a limited time. 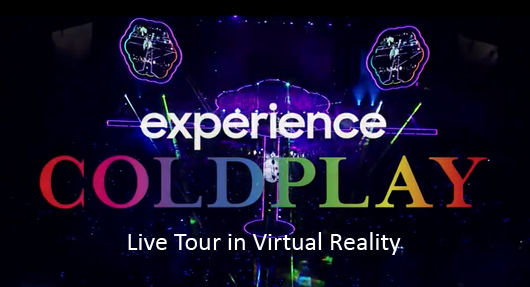 “By partnering with Live Nation and Coldplay, music fans across the globe with Gear VR can tune in to the live concert, experiencing the energy of the Coldplay Live Tour like never before.”, Michael added. 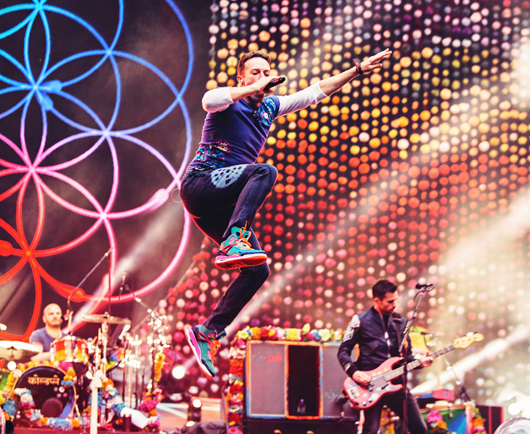 Live Nation VR music concerts
“Live Nation is a trailblazer when it comes to producing live virtual reality concerts, and we’ve been excited to bring Coldplay into the mix since announcing our collaboration with Samsung and Gear VR in late May,” said Kevin Chernett, Executive Vice President, Global Partnerships and Content Distribution, Live Nation.

“We not only give Coldplay fans the best in-seat experience, but we’re also committed to working with the best technologies to provide every music fan an extraordinary concert experience, regardless of where they are.”, Kevin added.

This article was originally published by LetsGoDigital.