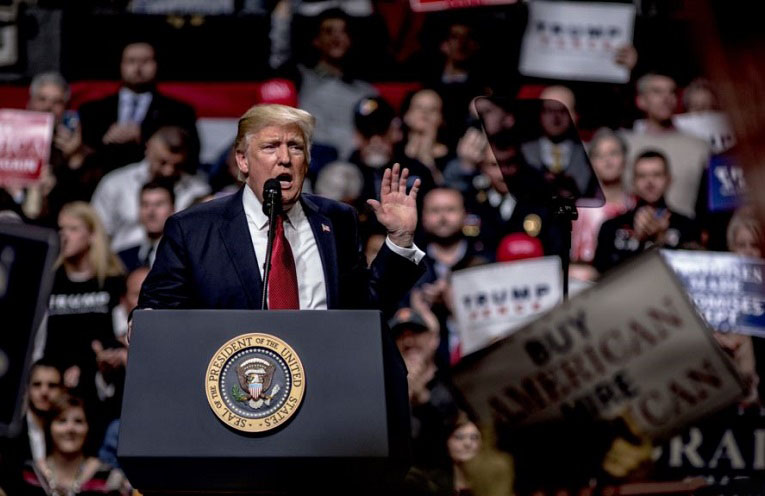 The White House is expected to present a budget plan for 2018 on March 16 that slashes spending on foreign aid, the U.S. State Department, and environmental programs to make way for a big boost in military spending.

With President Donald Trump having vowed to “put America first,” the State Department and Environmental Protection Agency are targeted for some of the biggest reductions of 28 percent and 31 percent, respectively, U.S. news media reported on March 15.

The $10.9 billion of State Department reductions will cut deeply into foreign aid, grants to multilateral development agencies like the World Bank, and climate change programs at the United Nations, Reuters reported.

Climate change programs at the EPA also are targeted for elimination, with Trump proposing to get rid of more than 50 environmental programs in all, Reuters said.

Meanwhile, the $3.8 trillion budget plan would leave the biggest programs — Social Security and Medicare for the elderly — untouched, give a 10 percent boost to military spending, and increase homeland security spending by 6.8 percent, including funding a new wall between the United States and Mexico.

Based on reporting by AP, AFP, and Reuters