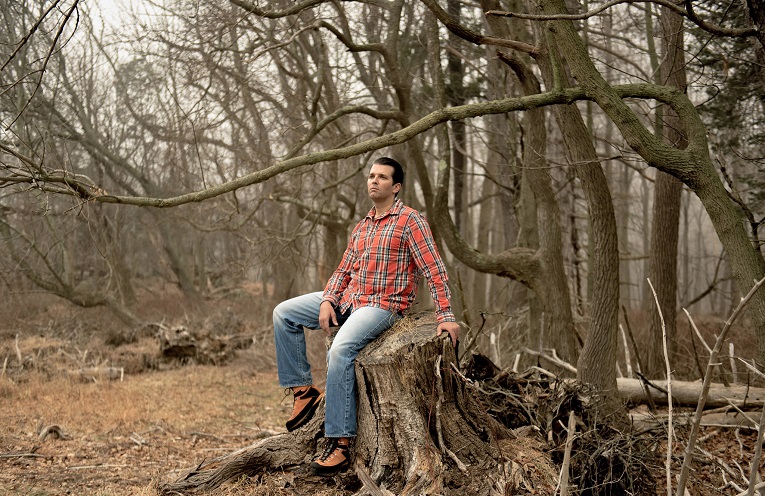 Donald Trump Jr. is the Trump who has not always seemed at ease with being a Trump. He grew up in the penthouse of Trump Tower but was happy to escape the gilded trappings of his Manhattan childhood to spend parts of the summers hunting and fishing with his maternal grandfather in the woods of what was then Czechoslovakia.

After graduating from his father’s alma mater, the Wharton School at the University of Pennsylvania, he tended bar in Aspen, Colo., rather than immediately join the family business. Several months later, on Feb. 25, 2001, during a Mardi Gras celebration in New Orleans, he was arrested on charges of public drunkenness and spent 11 hours in jail.

“I think, like anyone else, I made my mistakes,” Mr. Trump said of his arrest. “We have to be honest with ourselves. I’m not good at it, moderation. You have to have the conversation, be a realist, and say, ‘I guess I’m not doing myself any favors.’”

In 2001, Mr. Trump, the eldest of the five children from Donald J. Trump’s three marriages, went to work for the Trump Organization in the same building where he had grown up. He rose to executive vice president, and his status as a family member in good standing was on display when he appeared as a boardroom adviser on “The Apprentice,” the NBC reality show that re-established his father as a celebrity mogul nearly two decades after he had captured the public’s attention with his first best seller, “The Art of the Deal.”

Now Donald Jr., 39, has completed his own apprenticeship.

Since his father was sworn in as president, he and his brother Eric, 33, have taken over management of the Trump Organization, with Donald Jr. overseeing commercial licensing and much of the international business and Eric managing the golf courses, among other duties. Donald Jr. is also a rising figure in Republican politics and a robust defender of the family name. As a public speaker who brings in an estimated $50,000 per speech, he has impressed conservatives with a rough, straightforward manner that belies his cushy upbringing.

Like his father, he uses Twitter to thrash liberals and lend support to those who are friendly to the president’s populist agenda. Given that he is a skilled outdoorsman and a member of the National Rifle Association who owns dozens of firearms, among them a Benelli Super Black Eagle II (for hunting waterfowl) and an AR-platform semiautomatic rifle (for marksmanship competitions), Mr. Trump also connects with heartland voters in a way that his more refined sister Ivanka may not.

While Ms. Trump and her husband, Jared Kushner, have lately elevated their social profile in Washington and Palm Beach, Fla., while keeping close contact with the president, her oldest brother has largely avoided the balls and benefits, preferring to hunker down in Midtown during the workweek and spend weekends in the Catskills with his wife, Vanessa, and their five children.

“Don is the more chill version of any of the kids,” said Dee Dee Sides, who has known him since the early 2000s.

He came into his own as a public figure during the presidential campaign. On the stump he was equally at ease before crowds in both Mississippi and Michigan, and television pundits gushed about his political future after his bluntly effective speech at the Republican National Convention, with some mentioning him as a potential mayoral candidate in New York City.

“I don’t know if I could go all-in at that,” Mr. Trump said of a political career. “There is a part that is incredibly enticing. But it’s not human most of the time.”

Even as he embraces his new status in business and politics, Mr. Trump sounds, at times, as if it is some kind of anomaly.

“If I could miracle myself away,” he said, “I would live out West.”