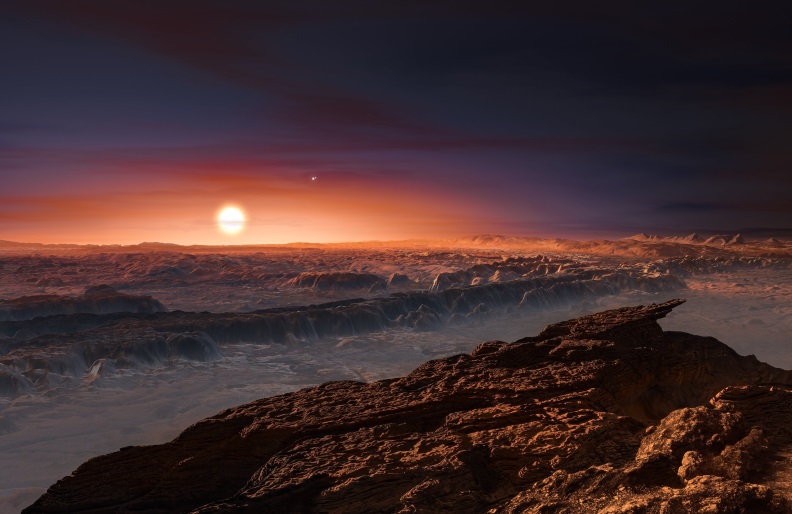 Which of Earth’s features were essential for the origin and sustenance of life? And how do scientists identify those features on other worlds?

A team of investigators with array of expertise ranging from geochemistry to planetary science to astronomy published this week an essay in Science urging the research community to recognize the vital importance of a planet’s interior dynamics in creating an environment that’s hospitable for life.

With our existing capabilities, observing an exoplanet’s atmospheric composition will be the first way to search for signatures of life elsewhere. However, Carnegie’s Anat Shahar, Peter Driscoll, Alycia Weinberger, and George Cody argue that a true picture of planetary habitability must consider how a planet’s atmosphere is linked to and shaped by what’s happening in its interior.

For example, on Earth, plate tectonics are crucial for maintaining a surface climate where life can thrive. What’s more, without the cycling of material between its surface and interior, the convection that drives the Earth’s magnetic field would not be possible and without a magnetic field, we would be bombarded by cosmic radiation.

“We need a better understanding of how a planet’s composition and interior influence its habitability, starting with Earth,” Shahar said. “This can be used to guide the search for exoplanets and star systems where life could thrive, signatures of which could be detected by telescopes.”

It all starts with the formation process. Planets are born from the rotating ring of dust and gas that surrounds a young star. The elemental building blocks from which rocky planets form—silicon, magnesium, oxygen, carbon, iron, and hydrogen—are universal. But their abundances and the heating and cooling they experience in their youth will affect their interior chemistry and, in turn, things like ocean volume and atmospheric composition.

“One of the big questions we need to ask is whether the geologic and dynamic features that make our home planet habitable can be produced on planets with different compositions,” Driscoll explained.

The Carnegie colleagues assert that the search for extraterrestrial life must be guided by an interdisciplinary approach that combines astronomical observations, laboratory experiments of planetary interior conditions, and mathematical modeling and simulations.

“Carnegie scientists are long-established world leaders in the fields of geochemistry, geophysics, planetary science, astrobiology, and astronomy,” said Weinberger. “So, our institution is perfectly placed to tackle this cross-disciplinary challenge.”

In the next decade as a new generation of telescopes come online, scientists will begin to search in earnest for biosignatures in the atmospheres of rocky exoplanets. But the colleagues say that these observations must be put in the context of a larger understanding of how a planet’s total makeup and interior geochemistry determines the evolution of a stable and temperate surface where life could perhaps arise and thrive.

“The heart of habitability is in planetary interiors,” concluded Cody.