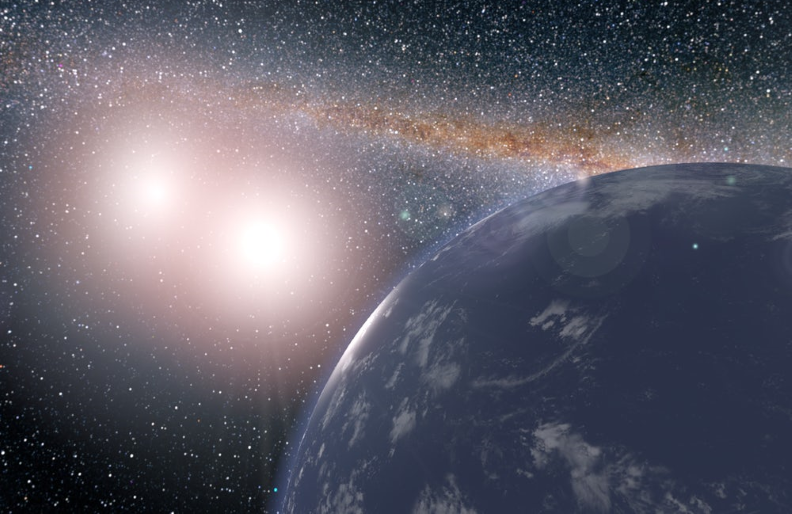 A new report mandated by the US Congress recommends that NASA should embark on a new tranche of exoplanet missions to determine if the solar system is a rarity and whether life exists elsewhere in the universe. The “Exoplanet Science Strategy” report by the National Academies of Sciences, Engineering, and Medicine says that the space agency should invest in new space and ground-based telescopes that will allow scientists to learn more about the nature and evolution of planets orbiting other stars.

In many ways, we are living in the boom times of exoplanet hunting. Survey spacecraft like the Kepler Space Telescope, backed up by terrestrial instruments, have uncovered thousands of planets beyond our Solar System with tens, if not hundreds, of thousands more likely to be found in the near future.

Read more: New Telescope Will Hunt for Asteroids on Collision Course with Earth

The problem is that, while we’ve managed to find loads of new planets, we don’t know much about them. The methods used for exoplanet hunting can tell us some very basic things about them, but many of the details are the result of deduction from these few facts.

What the new National Academies report suggests is that finding Earthlike planets and other high priority tasks requires direct imaging. In other words, instead of just looking at the change in the light curve as an exoplanet passes in front of its sun, we need to look right at the planet and make first-hand observations as we would of a planet in our own solar system.

To do this, the report asks NASA to invest in a new advanced space telescope that’s up to the job of finding traces of present and past life on other worlds by making holistic observations over a period of many years. Such a telescope would need to be able to create its own artificial eclipses by means of coronagraph or a sunshade orbiting on station between the telescope and the star. This would prevent the star’s light from overwhelming that reflected by the planet and allow for direct imaging.

The authors of the report see this direct-imaging telescope would be a follow-on to the Wide Field InfraRed Survey Telescope (WFIRST) mission scheduled to fly in the mid-2020s, after the launch of the James Webb Space Telescope. WFIRST will have a field of view 100 times bigger than that of the Hubble Space Telescope, but with the same power.

In addition to the space telescope, the report also recommends that the US National Science Foundation (NSF) invest more in the future Giant Magellan Telescope (GMT) and proposed Thirty Meter Telescope (TMT) now being built in Hawaii and Chile respectively. These telescopes would provide more focused study of exoplanets by using spectroscopes to seek out signs of free oxygen in their atmospheres, as well as other signs of life.

The goal is that new instruments installed on large telescopes like these along with the proper allocation of funds, observing time, and correlation of observations from different locations will help in uncovering new data, especially in the measuring the shift of the star as it orbits the center of mass of its planetary system to provide information about a planet’s mass and orbit. The report also suggested that the James Webb Space Telescope should schedule time to observe the atmospheres of exoplanets.

The video below outlines the report’s proposals

The full report is available here.

Source: The National Academies of Sciences, Engineering, and Medicine.