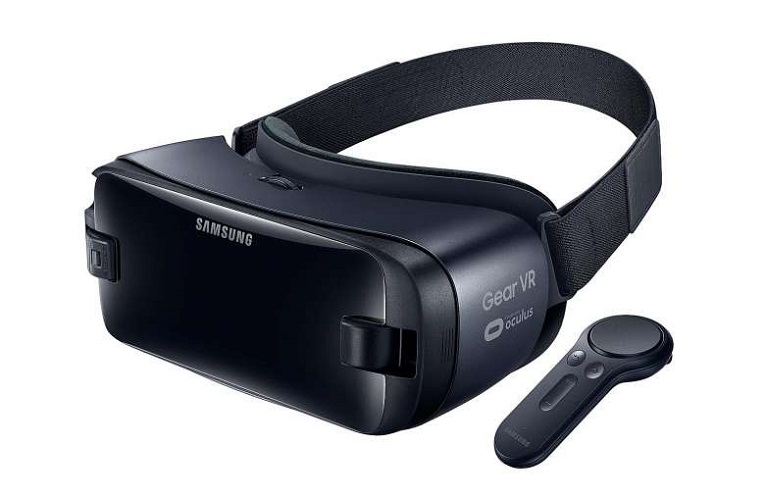 Manufacturers of virtual reality (VR) headsets have wised up to the convenience and additional features that including a controller adds to the VR experience, and Samsung has now jumped on board with its latest Gear VR headset.

The 2017 edition of the Gear VR comes bundled with a small six-button controller, which opens up more interactive games and videos for VR users.

The Gear VR headset remains fundamentally unchanged. It is slightly heavier than last year’s headset, but keeps the same general design which has worked out well for Samsung over the years.

I found it comfortable for the first 15 minutes or so of using it, because of the generous padding over the eyes and forehead. But the weight of the headset made itself felt after prolonged use, and fatigue does set in when you’re constantly swivelling your head while having a chunk of plastic strapped to your face.

Furthermore, as with most VR experiences, I don’t recommend going more than half an hour at a stretch, since you are staring at a bright screen at very close proximity. While I didn’t get dizzy using the system, results may vary for those not used to such technology, which can be quite disorientating depending on what they’re watching.

Setting up the system remains similar. Slot a compatible Samsung smartphone – any set in the Galaxy series (Note 5 and above) – onto the headset, adjust the head straps for a snug fit, go through a lengthy download and updating process, and you are good to go into a VR universe.

One additional step is the connection of the VR controller to the headset. And what a difference this controller makes.

Navigation is smoother and more intuitive now that you can point the controller and select options with the press of a button. 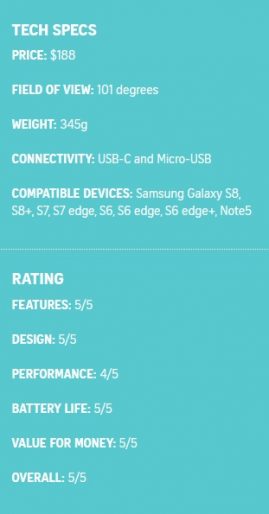 The controller’s design makes using it very intuitive. The thumb rests on a large round button that you push to enter menus, while the index finger sits on a trigger-like button.

Two other buttons give quick access to the Home screen and to return to the previous menu, and a secondary button lets you adjust the volume without needing to fiddle with the phone while in the middle of a VR experience – which is a huge quality-of-life enhancement.

More importantly, the controller gives a whole new way to enjoy VR content, like shoot-em up games. Games such as the zombie-shooting game Drop Dead wouldn’t have worked without one.

Blasting zombies using the trigger never felt more natural. But the application expands to other games as well, such as the soothing constellation-drawing game A Night Sky or puzzle game Rangi.

Since the very nature of VR consigns the user to a passive role as a viewer, using the controller gives users greater agency in the action and makes the VR experience even more immersive.