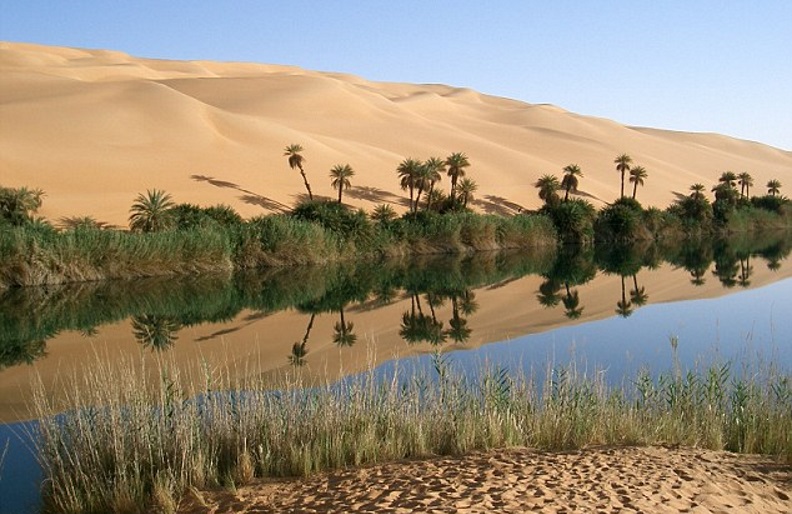 The study, reported in the journal Science on September 7, 2018, is among the first to model the climate effects of wind and solar installations while taking into account how vegetation responds to changes in heat and precipitation, said lead author Yan Li, a postdoctoral researcher in natural resources and environmental sciences at the University of Illinois.

Energy generation by wind and solar farms could reduce carbon emissions and thus mitigate anthropogenic climate change. But the study wanted to know – Is this the only benefit from these renewable resources? It has been shown that wind and solar could have local effects on heat, humidity, and other factors, and they can be beneficial and even in some cases, detrimental, depending on the particular region, according to Phys.org.

The Sahara Desert and the neighboring Sahel region were chosen for the study. The Sahara, because it is sparsely inhabited, and thus the development of wind and solar farms would have minimal competition for land surface area against natural and other human land uses, such as agriculture.

The Sahel is actually a transition region – a mix of desert and wooded savanna and, as such, is highly sensitive to land changes. In fact, in March a study supported by the U.S. National Science Foundation, researchers from the Department of Atmospheric and Oceanic Science, University of Maryland, College Park, Maryland found that the Sahara Desert has grown over 10 percent in the last century, pushing into the fragile Sahel.

The researchers also pointed out that the Sahara and Sahel are strategically located near Europe and the Middle East, areas with enormous current energy demand, and sub-Saharan Africa, which has a large projected growth in energy demand.

It is the feeling that massive investment in solar and wind energy, especially in the Sahel, one of the world’s poorest regions, would promote economic development as well as clean energy for desalination and provision of water for cities and food production.

The study model and results

The wind and solar farms modeled in the study would cover more than 9 million square kilometers (3,5 million square miles) and generate, on average, about 3 terawatts and 79 terawatts of electrical power, respectively. “In 2017, the global energy demand was only 18 terawatts, so this is obviously much more energy than is currently needed worldwide,” Li said.

“The greater nighttime warming takes place because wind turbines can enhance the vertical mixing and bring down warmer air from above,” the authors wrote. Precipitation also increased as much as 0.25 millimeters per day on average in regions with wind farm installations.

The nice thing about the experiment was that there were nearly the same results using solar panel modeling. “We found that the large-scale installation of solar and wind farms can bring more rainfall and promote vegetation growth in these regions,” co-author Eugenia Kalnay said. “The rainfall increase is a consequence of complex land-atmosphere interactions that occur because solar panels and wind turbines create rougher and darker land surfaces.