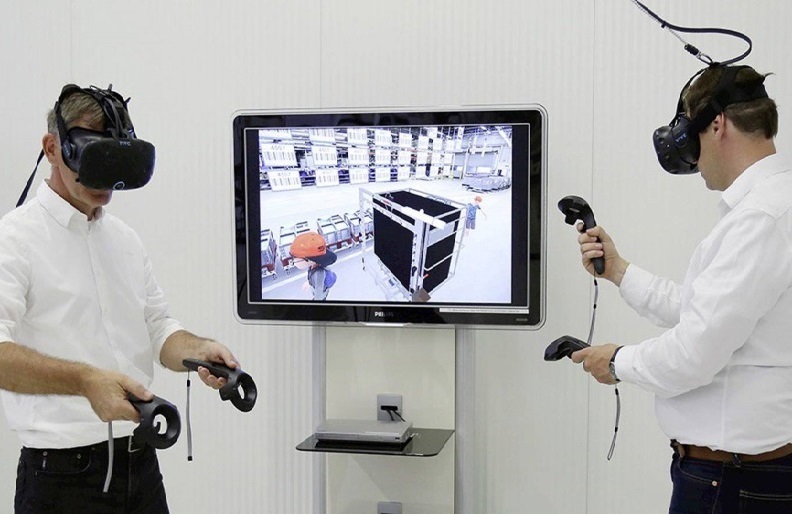 VW uses VR to help employees at different sites feel like they’re in the same room.

Volkswagen plans to use virtual reality to develop real-world cars. The automaker is using VR to allow staff at offices in different countries to communicate in what it hopes will be a more efficient manner.

While phones, email, instant messaging, and videoconferencing make setting up a meeting between staff in different countries easy, VW believes virtual reality will take things to a new level. Following a test phase, the automaker announced implementation of VR for vehicle development at the Digility conference in Cologne, Germany.

Virtual reality will make it easier for employees to share ideas, Volkswagen believes. The tech could, for example, allow employees at its headquarters in Wolfsburg, Germany, and its logistics offices in the Czech Republic to hold a virtual meeting and feel like they’re in the same room, a company press release said.

In theory, the advantage of VR over more conventional methods of communication is its ability to simulate physical objects. Ford and BMW have experimented with using virtual reality to let staff examine 3D digital renderings of a car before committing to the time-consuming process of building a real-world clay mockup.

VW is so committed to virtual reality that, in concert with the startup Innoactive, it has created its own “Digital Reality Hub.” It allows all software and hardware the company plans to use to communicate across one platform, giving all employees equal access to any projects uploaded to the VR realm. Volkswagen uses HTC Vive headsets, which are a popular choice with other companies.

Volkswagen will roll out virtual reality across its various car brands, and it will be interesting to see whether the technology makes a positive impact. VR is a hot topic both within the automotive industry and beyond, but it may be too early to say whether it really is the next big thing in tech, or just a fad.