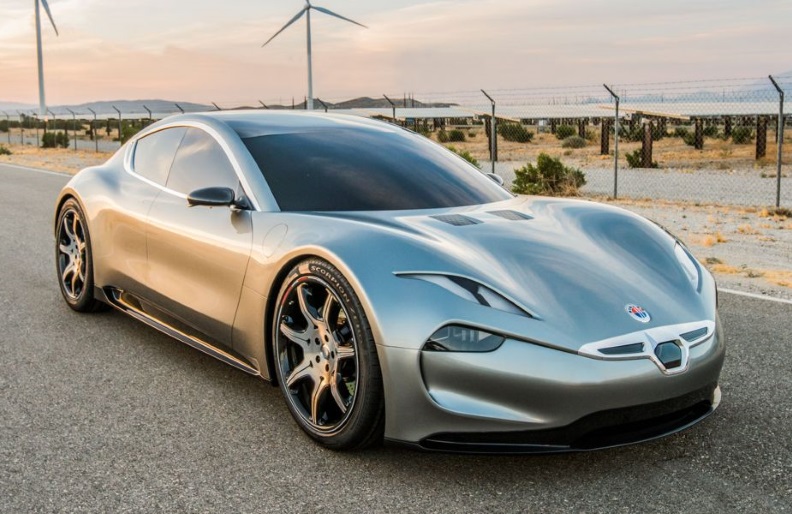 Fisker CEO Henrik Fisker has unveiled a prototype of his luxury electric vehicle (EV) — the EMotion — on Twitter, ahead of the official unveiling event that will occur later today. Pre-orders for the $129,000 vehicle have also opened, which require a $2000 deposit. Production of the car is set to begin in 2019.

Meeting great people in SF with the Fisker EMotion. Check out our new website: https://t.co/ywdczexysz pic.twitter.com/OCOWmGFHLe

The car will, reportedly, have a range of over 643 km (400 miles), a top speed of 260 km/h (161 m/h), a charge time of nine minutes for 100 km (62 miles), and utilizes the wonder material graphene in its battery, which was developed in collaboration with Nanotech Energy Inc. Fisker has previously announced that the car’s other salient feature is fully autonomous driving capabilities. A press release stated:

“The EMotion will be equipped with hardware that will allow fully autonomous driving when approved and released by a soon-to-be-announced partnered supplier. The interior will emphasize ultimate comfort and user interface from both front and rear seats, and all seats will have access to screens and infotainment features.”

The development of EVs at all ends of the spectrum is pivotal to the success of the technology. Fisker’s price indicates he is aiming for the luxury car price range, and if the figures stand up to scrutiny, the vehicle will be able to compete with its petrol or diesel powered counterparts.

If Fisker’s bold claims are true, the car will exceed almost any other EV on the market — including the Tesla model S, the car Fisker claims to have helped design and now seems to be taking aim at. Tesla’s vehicle has a range of up to 300 km (186 miles) if you use the $10,000 85-kwh battery, and takes an hour to charge if you use a Tesla Supercharger station.

There is also promising competition from Porsche in the form of the Mission E. The company aims to be producing the EV by 2020, which they estimate will have a range of 450 km (250 miles), and a charge time of 15 minutes.

This competition is good news for the EV market, as it will encourage innovation that will drive the more environmentally friendly type of car forward. Whoever wins the EV supercar race, the planet wins too.