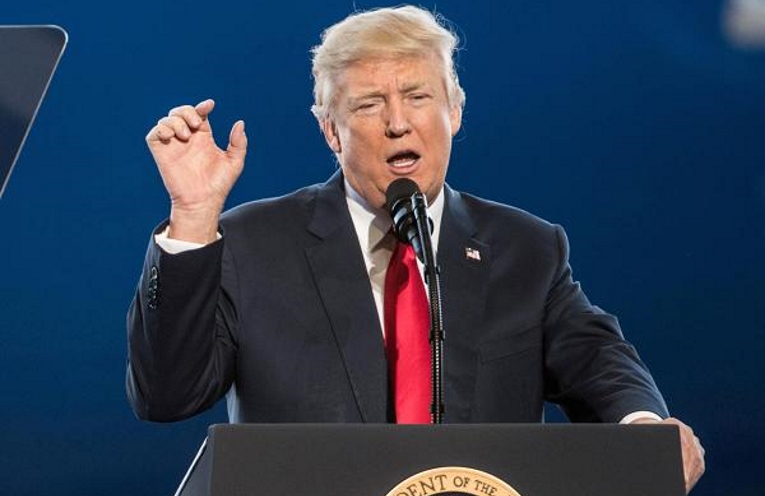 President Donald Trump has promised a long-awaited tax plan soon, but key questions linger about what tax reform will look like and when Republicans can pass it.

Trump has promised across-the-board income and business tax cuts, saying that they will unlock economic growth. Hopes about tax cuts and Trump’s push to slash regulations have contributed to stocks broadly climbing since Trump’s election.

Still, the White House has held back crucial details about what it wants in tax reform, a complex process that GOP lawmakers have already said will have to wait until after they attempt to repeal the Affordable Care Act in the coming months. In particular, it remains to be seen whether Congress will take the lead on tax reform or if the White House pushes its own, different proposal.

On the campaign trail, Trump talked about a relatively bare bones tax plan, which would slash corporate taxes from 35 percent to 15 percent and cut income taxes while reducing the number of income tax brackets. Earlier this month, Trump touted a “phenomenal” tax plan coming in “two or three weeks,” but it is unclear if or how he plans to change his previous proposal.

“Lowering the overall tax burden on American business is big league … that’s coming along very well. We’re way ahead of schedule, I believe,” he told airline executives on Feb. 9.

The conservative-leaning Tax Foundation estimated in September that Trump’s proposal would increase the federal government’s deficit by more than $10 trillion over a decade — even after the economic benefits of the cuts are considered. That would almost certainly lead to more government borrowing, something many Republicans want to avoid.

Mnuchin may help to give some clarity on what exactly could be included in Trump’s tax reform push. Trump told reporters at the White House on Wednesday that the tax plan is “very well finalized” but did not give any more details. He reiterated that tax reform will have to follow a health-care bill.

A separate House Republican plan largely overlaps with Trump’s, but contains some key differences, including a 20 percent corporate tax rate and a border adjustment provision. It would tax imports, raising more money but also potentially passing costs on to consumers. Retailers have objected to the provision because the products they import from Asia and elsewhere would be taxed, and several top senators have expressed skepticism about its future as part of a tax reform plan.

Trump has threatened taxes on imports by U.S. companies that leave the country to make goods cheaply elsewhere. Still, he has not explicitly taken a stance on border adjustment, and press secretary Sean Spicer declined to do so when asked Wednesday.

“The president has been very clear that in the next couple weeks we expect to have a tax plan that will get out there,” Spicer said.

It remains to be seen whether Mnuchin will give new details on what the administration is seeking.

“Any reductions we have in upper-income taxes will be offset by less deductions so that there will be no absolute tax cut for the upper class,” Mnuchin said.

Democrats have seized on that pledge. Sen. Ron Wyden, D-Ore., went as far as to brand it the Mnuchin “rule” in the Treasury chief’s confirmation hearing.

Most analyses of Trump’s campaign tax plan estimated that it would help wealthy Americans more than the middle class.

It is unclear if Mnuchin’s stance on the issue has changed at all since November.

The White House has consistently argued a classic trickle-down theory that the economic growth created by cuts will benefit people of all incomes.