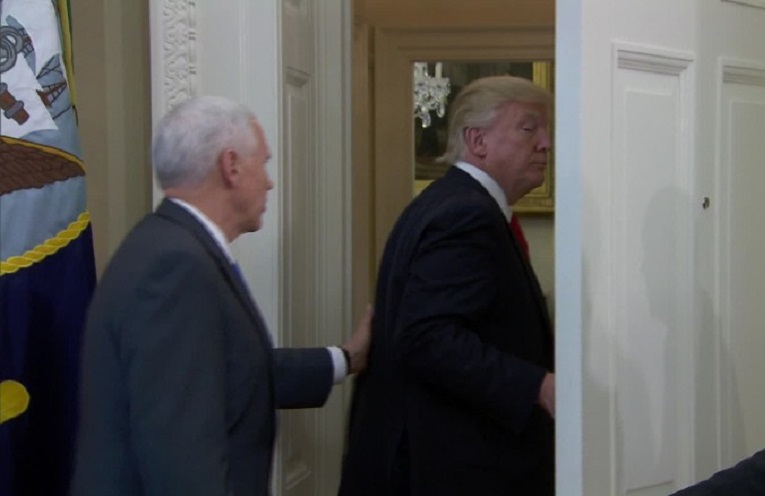 During the signing ceremony, White House pool reporters asked Trump questions about his former national security adviser Michael Flynn, who has offered to testify on Russian involvement in the US election in return for immunity from prosecution.
The President ignored the questions and moved to another room, only to be followed by Vice President Mike Pence, who picked up the folders containing the two executive orders.
Trump later signed the pair of orders aimed at identifying and targeting foreign trade abuses, according to the White House, but behind closed doors.
One order commissions a 90-day study of US trade deficits with some of its largest trading partners to identify potential trade abuses and cheating. The second directive orders stricter and more effective enforcement of US anti-dumping laws to prevent foreign manufacturers from undercutting US companies by selling goods at an unfair price.
Source link