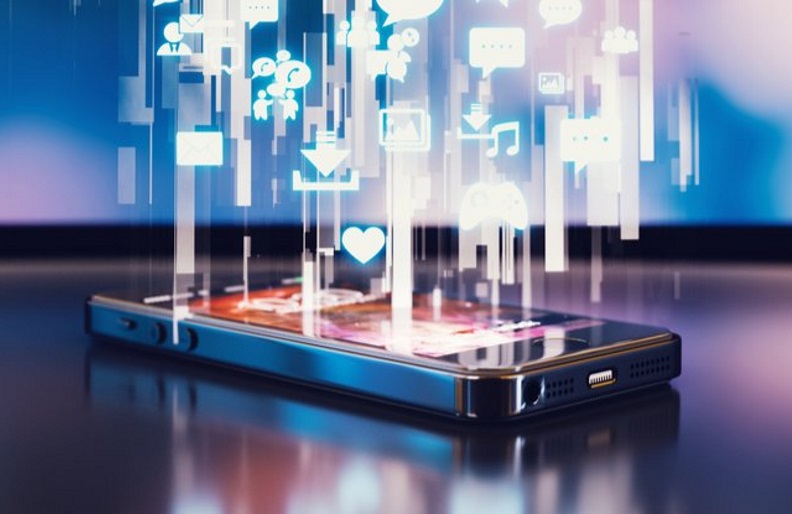 We are closer than ever to producing holograms that’ll make your inner Star Wars nerd hyperventilate into a brown paper bag.

In the latest iteration of holographic technology, scientists have developed the world’s thinnest holographic material. At 1,000 times thinner than a human hair, it’s tiny enough to be incorporated into everyday devices, such as smartphones, computer screens, and TVs.

Scientists have been promising us holograms for years, and we’re now tantalisingly close to having them as part of our everyday lives. These ones you can actually touch and interact with, and these basic holograms can be created on your phone using really simple materials.

But until now, scientists have struggled to sufficiently shrink holographic technology to a point that makes it compatible with our personal devices.

“Conventional computer-generated holograms are too big for electronic devices, but our ultra-thin hologram overcomes those size barriers,” says lead researcher, Min Gu, from RMIT in Australia.

In a normal holographic device, light must be manipulated in a way that creates the illusion of a 3D object. Until now, the materials used to make holograms had to be as thick as the wavelengths of light they are trying to manipulate.

Gu and his team have managed to overcome the traditional limitations of thickness by using an exotic material known as a topological insulator material.

The team made their quantum material by growing a 25-nanometre film of antimony telluride on a silicon wafer.

The highly refractive surface causes the light to bounce around inside the antimony telluride layer. The multiple internal reflections cause multiple phases of light to be formed, creating conditions to form a 3D hologram.

To form an image, the antimony telluride thin film was etched using a laser, in exactly the same way you’d burn information onto a CD. By using this technique, the researchers were able to create a square hologram, 3 millimetres in length.

Even though this isn’t going to wow anyone at your local Star Wars meet-up just yet, the researchers say the technology can easily be scaled up for a more impressive effect.

Another researcher involved in the study, Zengji Yue, said the next stage for this research will be “developing a rigid thin film that could be laid onto an LCD screen to enable 3D holographic display”.

But for that to happen, the pixel size will have to be scaled down to at least 10 times smaller.

“From medical diagnostics to education, data storage, defence and cyber security, 3D holography has the potential to transform a range of industries and this research brings that revolution one critical step closer,” says Gu.