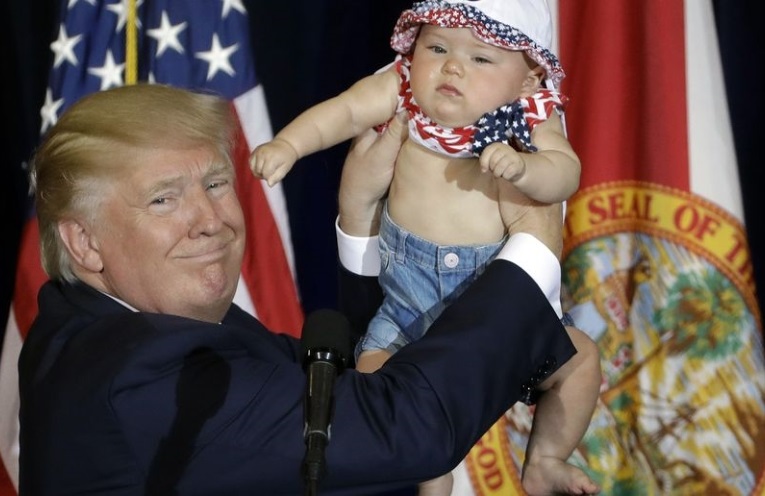 The Republican nominee halted his stump speech at a rally in Tampa, Florida, to lift a baby boy out of the crowd, give him a kiss and lift the infant above his head for the audience’s approval.

He handed the infant back and gave a thumbs-up to the parents.