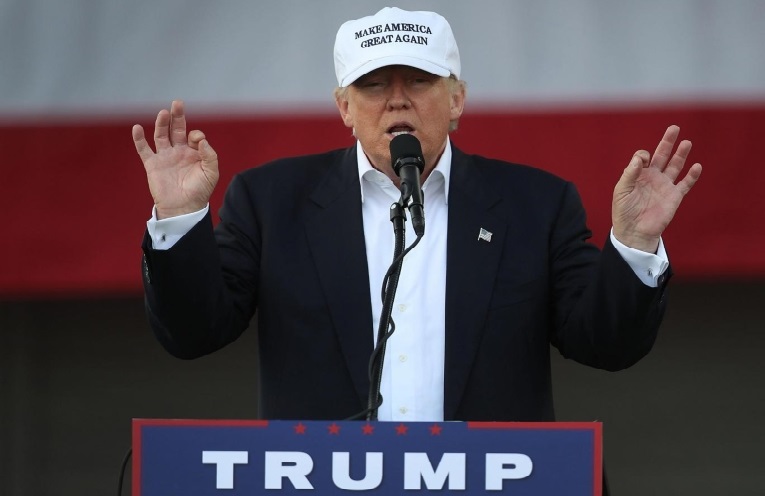 Donald Trump said voting for him is a “once-in-a-lifetime chance to take the government back” from powerful campaign donors and return power to the American people.

During his first Republican party response to the president’s weekly radio address, Mr Trump claimed that he and the Republican candidates for congress would bring badly needed change to government.

He promised to create 25 million jobs and cut taxes for the middle class by 35 per cent.

“I’m asking for your vote and your help in electing a Republican majority in congress, so that we can finally change this broken system and make America great again,” he said. “And when I say great, I mean great for everyone.”

Mr Trump was sticking to familiar campaign themes by pledging to fix what he calls “terrible trade deals”, end illegal immigration and suspend the admission of Syrian refugees to the country.

Without offering specifics, Mr Trump said he would rebuild the military and “take care of our great, great veterans.”

The Republican nominee is spending the final days of the election charging across the country in the hope of winning over undecided voters.

Starting from a rally in Florida at 10am on Saturday, Mr Trump will fly to events in North Carolina and Nevada before ending his day at a rally in Colorado at 9.30pm.